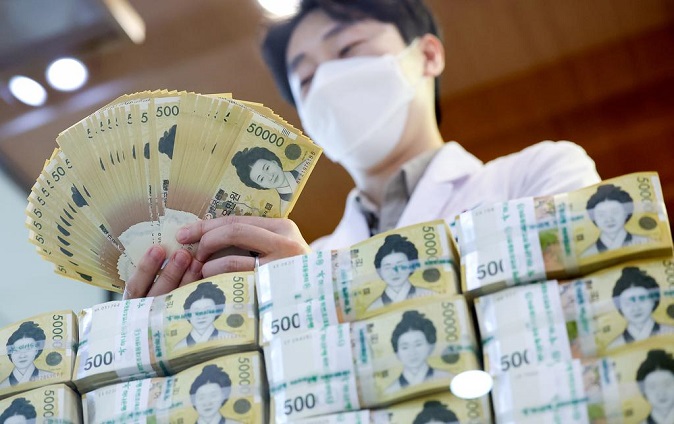 An official checks banknotes at the headquarters of KEB Hana Bank in Seoul on Jan. 7, 2022. (Yonhap)

According to the report from the Bank of Korea (BOK), the country’s smallest denomination bills, 1,000-won notes, had an average estimated lifetime of 70 months, with 5,000-won and 10,000-won bills lasting for 63 months and 135 months, respectively.

The lifetime of a banknote is the span of time between the note’s printing and its destruction due to damage.

The BOK attributed the rise to less frequency of cash use as people rely more on credit cards and other noncash transactions tools.

Banknotes with smaller face values have shorter lifetimes because they are more frequently used in buying low-priced goods and services and breaking bills, the report said.