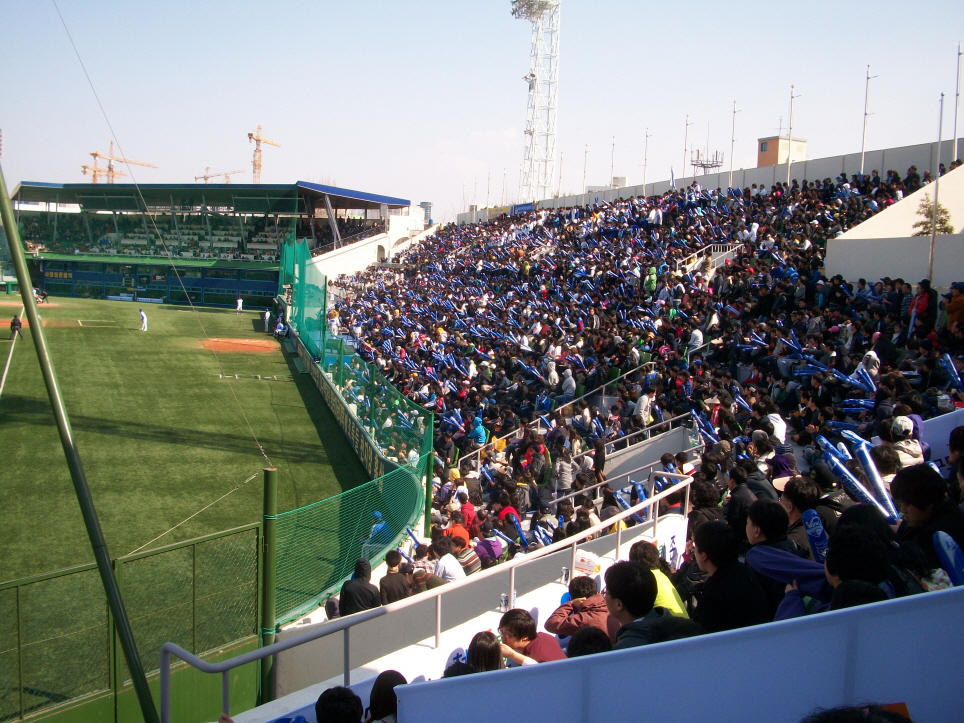 DAEGU, Oct. 25 (Korea Bizwire) — A cloud of a gambling scandal will hover over the South Korean version of the World Series, as the four-time defending champion Samsung Lions will be without three key pitchers who are reportedly facing an investigation.

The Lions will mount their title defense against the Doosan Bears in the best-of-seven Korean Series starting at 6:30 p.m. Monday at their home, Daegu Stadium. In their pursuit of a historic fifth straight championship, however, the Lions announced Sunday they will not have their No. 1 starter Yun Sung-hwan, primary setup man An Ji-man and closer Lim Chang-yong.

Last Tuesday, the Lions announced they’d keep three unidentified players off the Korean Series roster in light of illegal gambling allegations. The decision was made five days after a report claimed that three “key” Samsung players could face an investigation for apparently gambling away millions in Macao.

Though prosecutors have said they have no immediate plan to launch an investigation, the Lions were under pressure to take action. Without identifying the players — saying they hadn’t been formally charged — the Lions decided to leave the suspected players out of the Korean Series. They also said the players have maintained their innocence.

During the pre-Korean Series press conference held earlier Sunday, Samsung manager Ryu Joong-il tiptoed around the issue, saying he would need other pitchers to step up, while declining to identify who those three pitchers were.

The roster was announced at 4:30 p.m. Sunday, about half an hour after the press conference. The Lions have neither confirmed nor denied the connection between the three players and the gambling scandal.

Lim is in his second tour of duty with the Lions after spending a season with the Chicago Cubs and the previous five years with the Yakult Swallows. This year, the 39-year-old led the KBO with 33 saves, while striking out 71 batters in 54 innings.

The Lions posted a 4.69 ERA as a team during the regular season. Without Yun, An and Lim, their ERA balloons to 5.10.

The three hurlers accounted for 26 percent of the team’s total innings and combined for a 3.50 ERA.

On the surface, the Lions have maintained a “business-as-usual” attitude in their runup to the Korean Series — they had the bye to the final and haven’t played since the regular season ended on Oct. 5 — but manager Ryu Joong-il, who admitted last week the situation was weighing heavily on him, apologized to fans on Sunday.

“I am really sorry that this unsavory incident has caused our fans concern ahead of the Korean Series,” Ryu said during the pre-Korean Series media day event, his first public appearance since the gambling allegations first surfaced.

Ryu also added that versatile left-hander Cha Woo-chan will be the key pitcher during the Korean Series.

Cha went 13-7 with a 4.79 ERA out of the rotation. Last season, though, he was primarily a middle reliever, going 3-4 with a 5.60 ERA and 21 holds. Those regular season numbers aren’t overwhelming, but Cha has been a much better postseason performer.

The 28-year-old has often made a seamless transition between the rotation and the bullpen. In this year’s Korean Series, he could slot in as No. 4 starter behind Alfredo Figaro, Tyler Cloyd and Jang Won-sam, or he could be the first man out of the bullpen in case a starter struggles early on.

Without Yun, An and Lim available, the onus will also fall on the offense to carry the day for the Lions.

The Lions boasted the KBO’s most balanced attack during the regular season, with a league-best .302 team batting average and 1,515 hits.

In going 11-5 against the Bears during the season, the Lions belted 20 home runs and scored 123 runs.

Veteran slugger Lee Seung-yuop played in 14 of those games and batted .492 with three home runs and 10 RBIs. Rookie sensation Koo Ja-wook hit .417 against Doosan. Yamaico Navarro, the hard-hitting second baseman, had seven home runs and 23 RBIs in 15 games against the Bears.

Also working in the Lions’ favor is that the Bears were forced to use their top two starters, right-hander Dustin Nippert and lefty Jang Won-jun, last Thursday and Saturday, respectively, against the NC Dinos in the previous round.

Nippert threw 16 shutout innings in two starts to be voted the series MVP. He pitched in Game 4 on three days’ rest, and the 34-year-old coming off an injury-plagued regular season will not make another start on short rest Monday. Jang, who held the Dinos to four earned runs in 13 innings, pitched in the series decider Saturday and may not be available until Game 3 on Thursday.