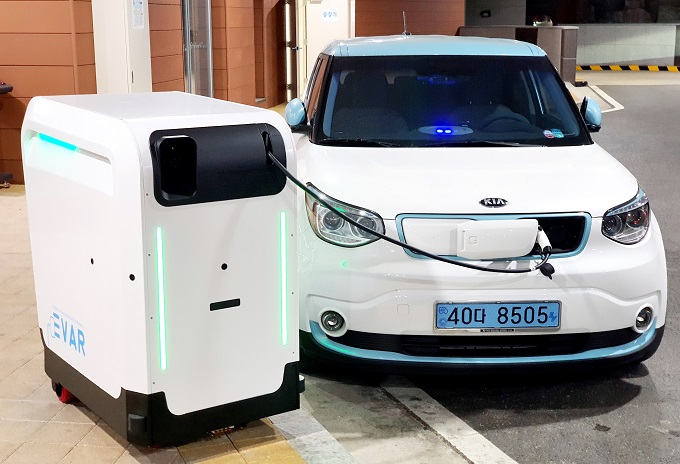 An electric car is being charged at a mobile station on the southern resort island of Jeju on July 29, 2020, in this photo provided by the Ministry of SMEs and Startups.

Biden’s green energy plan includes significant investments in charging infrastructure for electric vehicles (EVs) and updating government vehicle fleets to EVs to ramp up demand, which is a boon for rechargeable batteries.

LG Chem, which supplies batteries to Tesla and General Motors, plans to spin off its battery business on Dec. 1.

LG Chem operates an EV battery plant in Michigan and began constructing its second plant in Ohio earlier this year in a joint venture with American automaker General Motors.

SK Innovation is also building two plants in Georgia, with the first plant currently on track to begin mass-producing EV batteries in 2022.

Renewable energy companies, such as solar cell and hydrogen energy, also advanced on hopes for increased demand in the U.S under the president-elect’s ambitious climate plan.