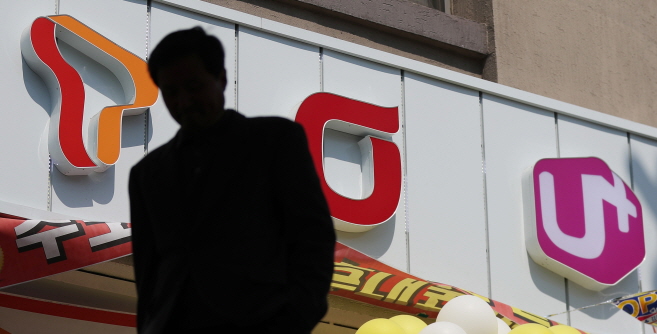 The combined sales of the three carriers — SK Telecom Co., KT Corp. and LG Uplus Corp. — are estimated at 13.4 trillion won (US$11.4 billion) in the April-June period, up 1.5 percent from a year earlier, according to Yonhap Infomax, the financial information service arm of Yonhap News.

Their operating earnings, however, are estimated to have fallen 13 percent on-year to 799.6 billion won in the second quarter, the consensus showed.

Analysts attributed their tepid earnings to increased marketing costs for 5G subscribers and heavy investment for 5G network infrastructure in the initial stage.

The three industry players rolled out their 5G commercial service on April 4 and have been building 5G base stations to expand the coverage across the nation.

“The three carriers have been widely expected to post downbeat worsening earnings in the second quarter due to increased marketing costs and continued investment for 5G base stations,” Kim Hong-sik, an analyst at Hana Financial Investment, said.

“But they are anticipated to book better earnings in the third quarter with lower marketing costs for 5G.”

Among them, No. 3 LG Uplus was expected to suffer the deepest decline in its bottom line due to its aggressive marketing ploy for 5G, including lump sum subsidies for new smartphones and other promotional events.

LG Uplus’ operating earnings were expected to have fallen 18.7 percent on-year to 171.5 billion won in the second quarter, the market consensus showed.

As several analysts projected dismal prospects for LG Uplus’ second-quarter earnings, its shares on the Seoul bourse dipped to this year’s lowest level of 13,150 won Tuesday.

Industry leader SK Telecom was expected to have logged 320.4 billion won in operating profit in the April-June period, a 7.6 percent decline compared with a year ago, and the corresponding figure for its smaller rival KT was estimated at 341.1 billion won, down 14.5 percent over the cited period, the data showed.

All three carriers plan to release their quarterly reports in early August.