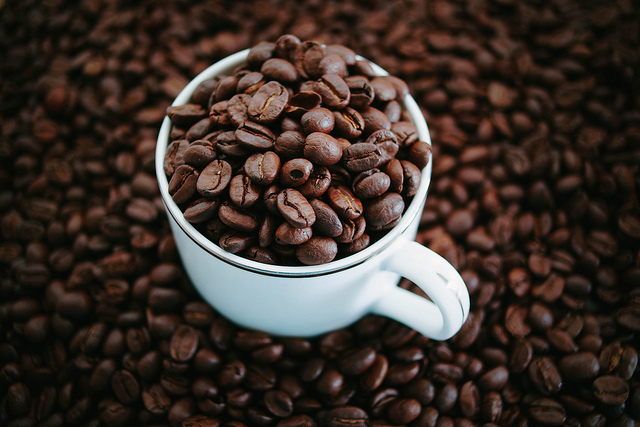 In the January-October period, total imports of coffee stood at 121,019 tons, down 1,103 tons from a year earlier. This is the first on-year decrease since 2012. (image: song zhen/flickr)

SEOUL, Dec. 9 (Korea Bizwire) — South Korea is expected to import less coffee for the first time in six years in 2018 as demand for the beverage has been hit by sluggish economic growth, market watchers here said Sunday.

In the January-October period, total imports of coffee stood at 121,019 tons, down 1,103 tons from a year earlier. This is the first on-year decrease since 2012.

Observers said that tanking import numbers is a sign that the domestic market has become saturated, with big companies such as Starbucks and Dongsuh Foods continuing to grow, while small-time businesses are suffering from weaker sales and tougher competition.

“The market seems to be undergoing polarization between big-name companies and small-scale businesses,” a source speculated. He added that because green coffee beans can be stored for months and are usually imported throughout the year, there is little reason for inbound shipments to be higher than normal in the last two months, making it likely that overall annual numbers will fall compared to 2017.

He added that while total imports may fall, purchases made by companies like Dongsuh, which controls 80 percent of the local instant coffee market, and American coffee company Starbucks are continuing to grow.

In contrast, small time coffee companies and family-run cafes are feeling the pinch.

“The slowdown in economic growth may be causing people to tighten their belts, which seems to be affecting smaller firms more,” an expert for the Korea Academic Society for Foodservice Industry Policy said.

He added that unless there is an economic rebound, coffee consumption may not be able to make a solid comeback.

Others have said that in any market, a contraction in sales will automatically lead to the survival of the fittest, with those lacking competitiveness likely to be pushed out of the market.

The rush by retirees to open cafes, moreover, has led to stiffer competition, hurting such operations.