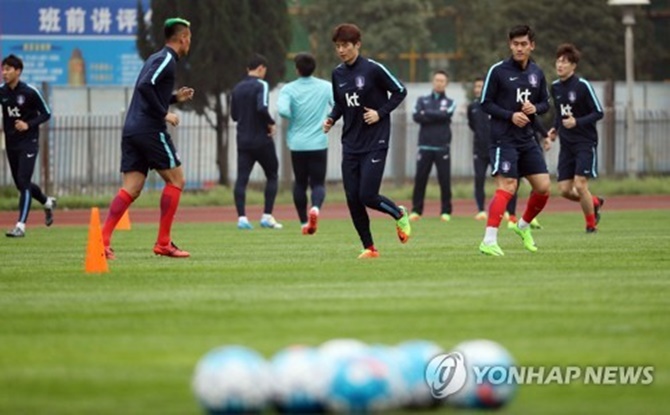 BEIJING, March 20 (Korea Bizwire) – South Korean embassy in Beijing has issued a safety warning to football fans planning to attend an upcoming World Cup qualifying match between the two countries, scheduled amid a wave of anti-Korean sentiment here over the deployment of a U.S. missile defense system.

According to sources privy to the matter, the embassy’s consular department delivered the message on Monday, three days before South Korea and China are to clash in Changsha, Hunan Province, south central China.

In the message, the embassy said South Korean nationals residing in or traveling to China for the football match must take extra caution. The football match will be played under deepening tension between Seoul and Beijing over the installation of the Terminal High Altitude Area Defense (THAAD) battery in South Korea. Multiple acts of sabotage on South Koreans and South Korean brands have been reported in China over the deployment issue.

“South Koreans staying in or visiting China must ensure they cheer on the national team in as orderly a fashion as possible,” the embassy’s message read. “Please take extra caution not to cause trouble with the Chinese people with unnecessary words or actions.”

The embassy advised the South Koreans to contact the nearest police station in contingencies and ask South Korean missions for further help.

South Korean players have said they aren’t worried about competing before a hostile crowd at the 55,000-seat Helong Stadium, but the Korea Football Association (KFA) has already asked the match organizers to beef up security for the squad.

Meanwhile, Chinese social media have seen an increase of provocative messages directed at the South Korean team. And the Hunan provincial sports officials have published guidelines on how to be well-mannered football spectators, with chapters on complying with laws and refraining from using abusive or insulting language.