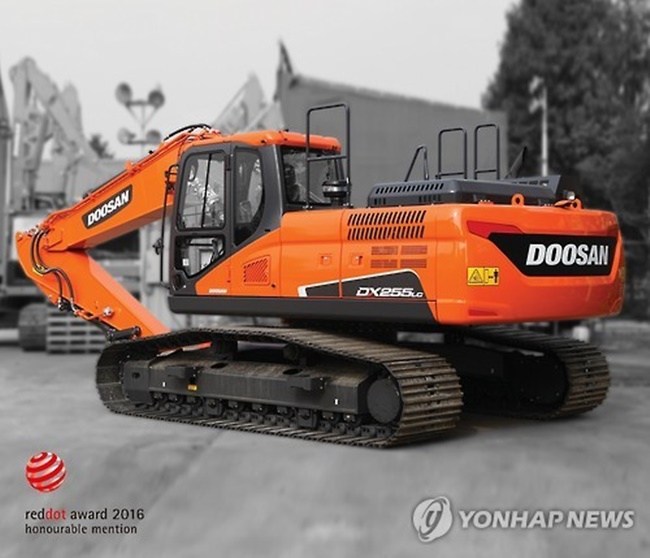 According to the data provided by NH Investment & Securities Co., a total of 13,673 excavators were sold in China in April, more than doubling from a year earlier.

In the case of Doosan Infracore, South Korea’s top construction equipment maker, the company saw its excavator sales more than double to 1,217 units last month from a year earlier, accounting for an 8.9 percent market share there, the data showed.

“Doosan Infracore is expanding its market share in China, and may gain further ground,” said Yoo Jae-hoon, an analyst at NH Investment & Securities.

In the first quarter of the year, Doosan Infracore sold 3,198 excavators in China, a sharp rise from 1,446 units sold a year earlier.

Backed by robust sales in China and other overseas markets, Doosan Infracore logged 148 billion won (US$131 million) in operating income, up 33.4 percent from a year earlier, on sales of 1.56 trillion won, also up 8.9 percent.

Its stellar performance was driven by strong demand in China and emerging markets where budget spending on infrastructure and big construction projects increased.

In China alone, Doosan Infracore logged 221 billion won in sales in the first quarter, up 62.3 percent from the year earlier period.

Demand for excavators has been on a steady rise in China, which roughly accounts for a third of the world’s construction equipment market.

China’s economy grew 6.9 percent in the first quarter of the year from a year earlier, higher than its annual growth estimate of 6.5 percent, with its fixed investments rising 9.2 percent over the cited period, according to data.

“On the back of an expanded sales network and improved quality, South Korean firms are faring well in China,” an industry source said.