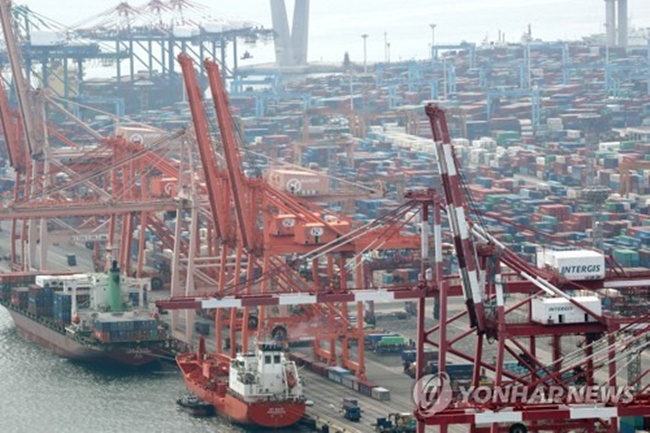 The business survey index (BSI) of the nation’s top 600 firms by sales came to 96.5 for January, unchanged from the previous month, according to the Korea Economic Research Institute (KERI). (Image: Yonhap)

SEOUL, Dec. 28 (Korea Bizwire) – South Korean companies are pessimistic about their business conditions in 2018 due to unfavorable factors at home and abroad, a poll showed Thursday.

The business survey index (BSI) of the nation’s top 600 firms by sales came to 96.5 for January, unchanged from the previous month, according to the Korea Economic Research Institute (KERI).

It marks the 20th straight month that the index has hovered below the benchmark 100.

The KERI said companies expect negative factors related to the world economy to increase next year due to growing protectionism in major economies and the United States’ tight monetary policy.

Local firms also anticipate hikes in the maximum corporate tax rate and the minimum wage to increase their financial burdens in the coming year.

South Korea has decided to jack up the top corporate tax rate to 25 percent from the current 22 percent, while the U.S. will lower the rate to 21 percent from 35 percent.

Citing those factors and an expected slowdown in corporate capital expenditures, the Organization for Economic Cooperation and Development has forecast the South Korean economy to expand 3 percent in 2018, down from 3.2 percent this year.

The performance index for December came to 97.2, remaining below the benchmark 100 for 32 months running.

“Although the economy is expected to grow 3 percent, firms are expected to face unfavorable external conditions and increased burdens from the increased tax rate and the higher minimum wage next year,” he said. “Efforts should be made to help boost corporate competitiveness.”