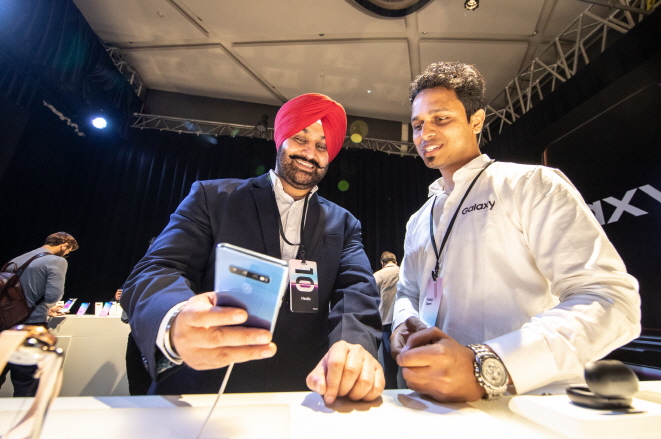 This photo provided by Samsung Electronics Co. shows visitors to a launch event for the Galaxy S10 in New Delhi, India, on March 7, 2019.

SEOUL, March 23 (Korea Bizwire) — South Korean companies such as Hyundai Motor Co. and Samsung Electronics Co. temporarily shut down their plants in India in line with the country’s efforts to contain the spread of the novel coronavirus pandemic.

The decision came in response to the Indian government’s guidance meant to prevent the spread of COVID-19 that has infected 359 people and killed seven people in the South Asian country.

Samsung said its smartphone plant in Noida, located adjacent to New Delhi, will suspend operations until Wednesday. That factory is the largest of its kind in the world with an annual production capacity of 120 million units.

The company said that, besides the smartphone line, it has halted refrigerator production at the same factory.

Samsung doubled its capacity in the country in 2018 as it views India as a critical manufacturing base that can make products not only for the local market but for export as well.

LG said its plants in Noida and Pune — which mainly produce washing machines — will be closed until end-March. The Pune plant also makes LG smartphones.

POSCO, the world’s fifth-biggest steelmaker by output, said it has shuttered its two coil service centers in Delhi and Pune, the second-largest city in the Indian state of Maharashtra.

The Maharashtra government has banned gatherings of more than five people at public places and encouraged companies to practice work from home as part of social distancing meant to minimize the spread of COVID-19. 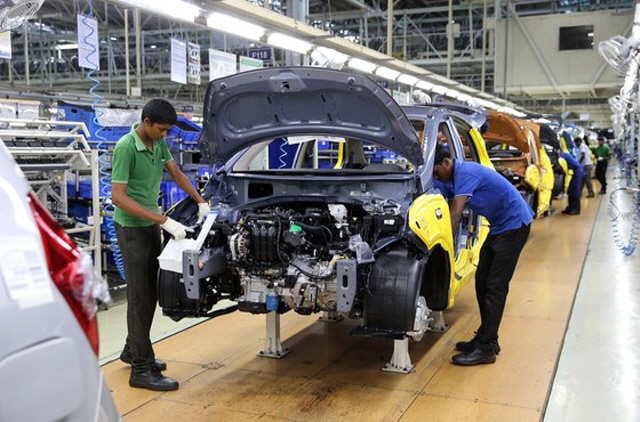 POSCO and Hyundai Steel said their plants will remain closed until next Tuesday.

Hyundai said it will suspend operations of the 650,000-unit-a-year plant by the end of this month in line with the local government’s guidelines.

Kia Motors Corp, which is 34 percent owned by Hyundai, is also expected to stop operations of its 300,000-unit-a-year Anandapur plant sooner or later.

Last week, Hyundai and Kia halted most of their plants in the United States and Europe to prevent the spread of the coronavirus in line with strict movement bans and lockdowns.

Related to the temporary shutdown, a Hyundai Motor source said the measures reflect the need to protect everyone working for the company.

He stressed that once the situation is cleared, the carmaker, along with Kia, will resume production as they move to increase their presence on the subcontinent.

Despite such remarks, some business insiders said that all companies will take a hit in terms of lost output and sales.

“The government’s decision to effectively shut down everything is affecting demand across the board. It will weigh down companies for the time being,” a South Korean businessman said.