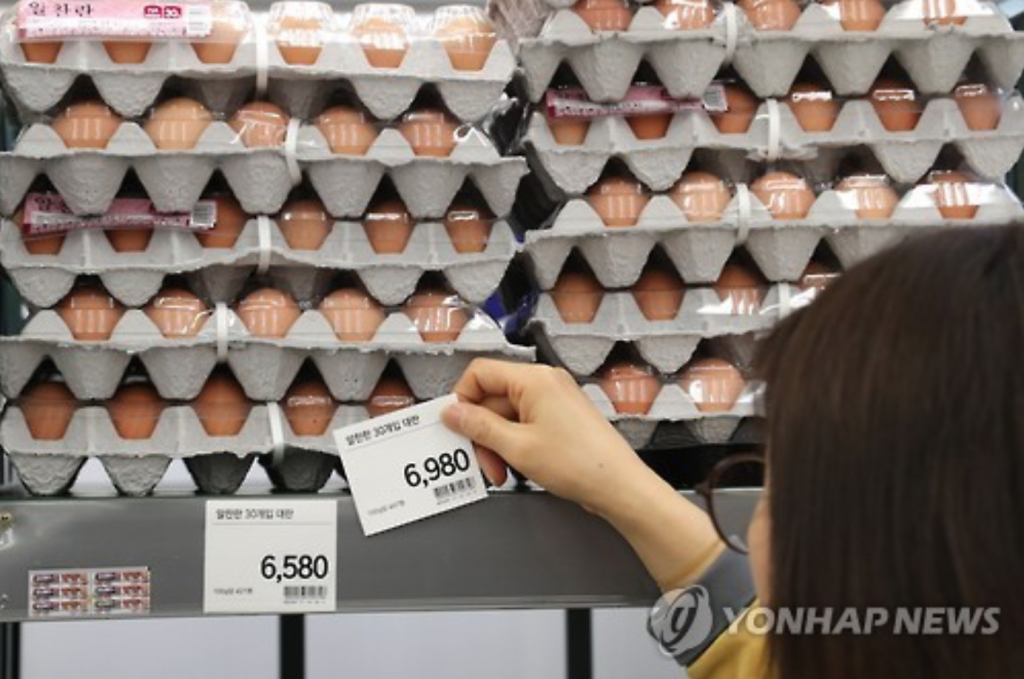 Prices of eggs have risen sharply due to a supply shortage and hoarding by some retailers. (image: Yonhap)

At an emergency economic response team meeting chaired by Vice Finance Minister Choi Sang-mok in Seoul, the government will consider partly easing the restriction on egg supply and lowering import duties on the foodstuff in order to stabilize prices, according to the Ministry of Strategy and Finance.

The short supply of eggs was caused by the rapidly spreading bird flu, that has destroyed more than 20 million chickens and ducks nationwide since the first case was reported in mid-November.

Prices of eggs have risen sharply due to a supply shortage and hoarding by some retailers.

The government also will keep close tabs on prices of oil-related products as gas prices at the pumps have already shown an increase in accordance with the hike in global oil prices.

It will also have public utilities firms refrain from raising heating bills and other public service charges this winter.