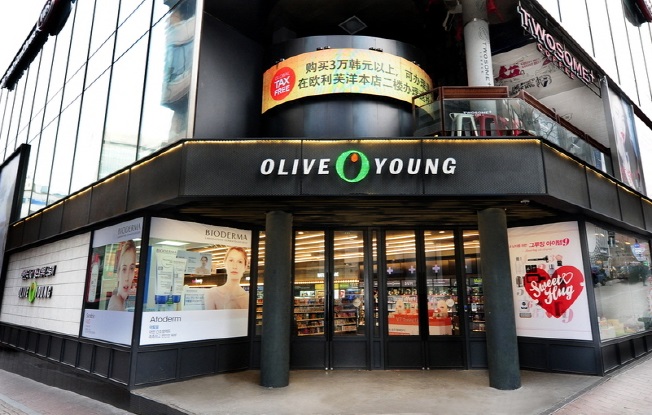 According to findings released by local retailers, health and beauty (H&B) chain stores like Olive Young, GS Watsons and LOHBs have done well, posting steady gains over the years, while the rest of the country’s distribution sector has been struggling with sluggish demand. Sales of conventional retailers have, moreover, taken a hit after the drop in Chinese tourists this year.

H&B are local adaptations of drug stores in places such as the United States that sell everything from medicine, cosmetics, dietary supplements and miscellaneous goods. South Korean stores generally have more cosmetics and health care products compared to similar stores abroad. They have been optimized to provide a comfortable shopping experience for users, which has become one of their main appeals.

It operates some 850 stores nationwide as of late last year, up three-fold from 270 outlets in 2012.

“At this pace, Olive Young will have more than a 1,000 stores by the end of this year,” a market watcher predicted.

Olive Young said it is currently examining the option of expanding operations into places like Southeast Asia and China.

GS Watsons, the country’s second largest player, said it too is expanding operations.

Company insiders said it plans to aggressively expand its presence in South Korea. The retailer said it will revamp the layout of its stores to make them more customer-friendly.

LOHBs, operated by retail giant Lotte Group, said it too posted triple digit sales growth in 2015 and 2016, and expects on-year growth to reach around 80 percent this year. The H&B chair that opened in May 2013 has 92 stores with more stores to be opened in the future.

The store chain has introduced various Korean beauty products that have been favorably received by consumers,