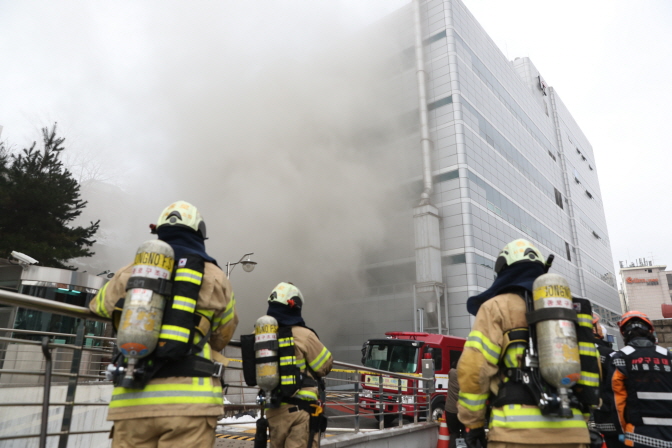 Gas hydrate is an ice-shaped material that contains gas molecules such as methane within water molecules.

In general, gas can be stored by being compressed in a high-pressure container.

However, when it comes to gas hydrate, the hydrogen combination of water molecules serves as a high-pressure container, thereby being able to compress and store extinguishing gas 50 to 100 times larger than its original bulk.

Solid-typed gas hydrate that contains compressed extinguishing gas is highly portable and mobile. Accordingly, it is suitable for hard-to-access fire sites such as mountains and high-rise buildings.

In particular, for fires in high-rise buildings that are beyond the reach of fire-extinguishing water due to limits in pump capacity, the fire extinguishing grenades can be mounted on drones and launched into a fire to extinguish it before it spreads further.