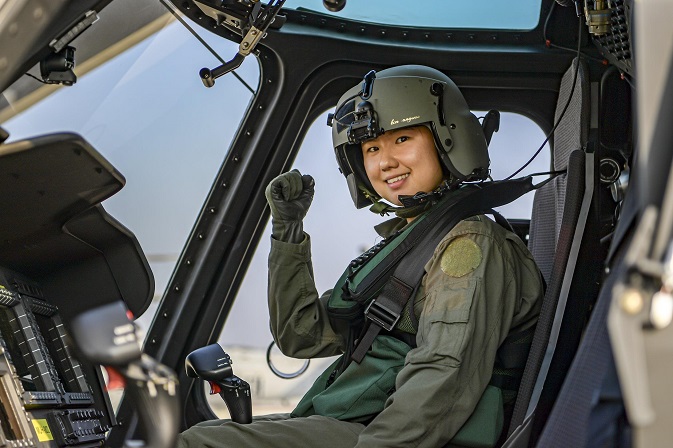 This photo provided by the Marines on Nov. 1, 2020, shows Cho Sang-ah posing for a photo on a Marineon utility chopper.

This marks the first time a female helicopter pilot was stationed at the Marines in the 71 years since its 1949 establishment.

Commissioned in 2017, Cho began her military life as an armament ammunition register and applied to become a flight officer this year after she showed keen interest while participating in landing exercises.

She will be dispatched to operations after completing additional training on Marineon utility choppers.

Cho vowed to become a Marine pilot with “the necessary capabilities required to complete any given mission with pride as the first female helicopter in the Marine Corps.”