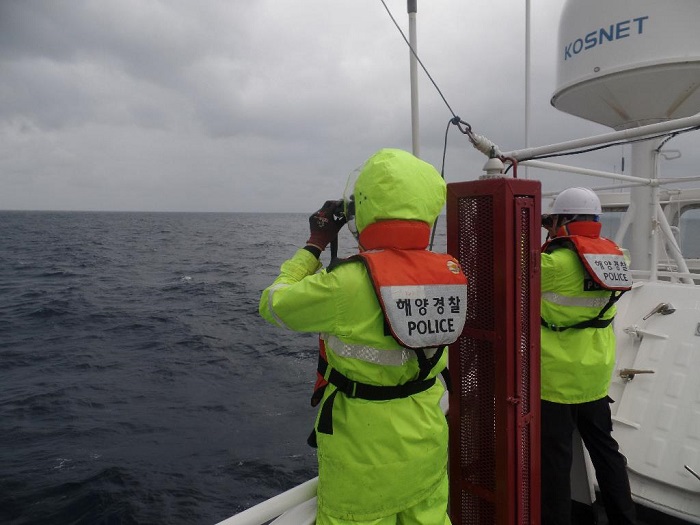 The number of rescue cases via Haeroad’s emergency rescue service is increasing each year, from nine people in 2015 to 243 people in 2018. (image: Pohang Coast Guard)

Haeroad was first released in August 2014 to provide assistance to small fishing boats and leisure vessels that are not equipped with navigation aids.

“Maritime accidents usually occur in the evening or early in the morning when it is dark outside,” said the NMPNT Office.

“Vessels drifting at sea after engine failure or other complications move along with the waves and the tidal current, making it more difficult to locate vessels in distress. This is also the case for people who have fallen into the water.”

Haeroad, when used to send out a request for an emergency rescue, sends the exact longitude and latitude of the rescue point directly to the Korean Coast Guard, enabling them to swiftly rescue the distressed.

The number of rescue cases via Haeroad’s emergency rescue service is increasing each year, from nine people in 2015 to 243 people in 2018.

“It is recommended to all seafarers to use Haeroad to stay prepared for any emergency situation,” said Lee Seung-young, director of the NMPNT Office.