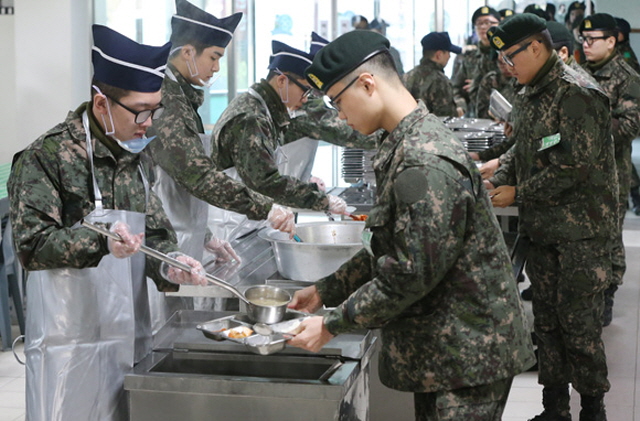 Since September, the Ministry of Defense has been measuring real-time data on nine essential food items. (Yonhap)

The Ministry of Defense announced on Thursday new plans to control the amount of food given out to service members, revamp menus, and better ensure the autonomous operation of military cafeterias.

The military will add some 30 dishes next year including seasoned beef short ribs, sea eel, chicken tenders, and natural honey.

The government explained that the decision is based on an automatic leftover measurement system equipped with artificial intelligence and big data technology.

The system scans the food plate carried by each service member to automatically measure the mass and weight of the food, as well as track the types of leftover food.

Since September, the ministry has been measuring real-time data on nine essential food items, including rice and kimchi, at a local military cafeteria of an Army battalion using the automatic leftover measurement system.

The government will consider expansion of the program after the testing period ends in April next year.