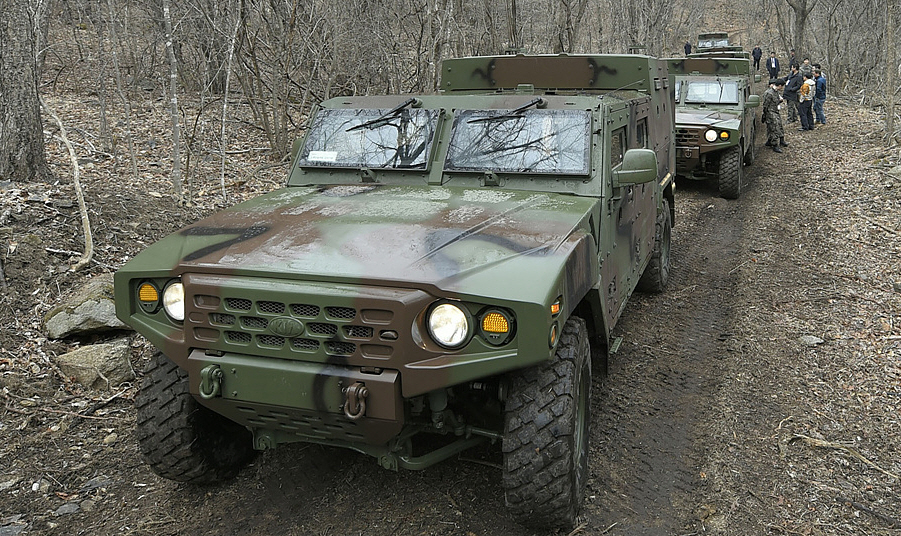 Five types of indigenous multipurpose wheeled vehicles have been delivered to such forward-deployed units as the Army’s 12th Division and the Marine Corps’ 2nd Division since January for a four-month test run before mass production, according to the Defense Acquisition Program Administration (DAPA).

The vehicles are designed to replace the military’s aged K-131 and K-311A1 vehicles.

The basic model has a maximum speed of 135 kilometers per hour.

“They have superb mobility in unpaved mountainous territory” in addition to various devices for drivers including automatic transmission, GPS and rear-view camera, said the DAPA.

It also expects the export of the vehicles, saying the fresh assets are competitive in performance for the price.