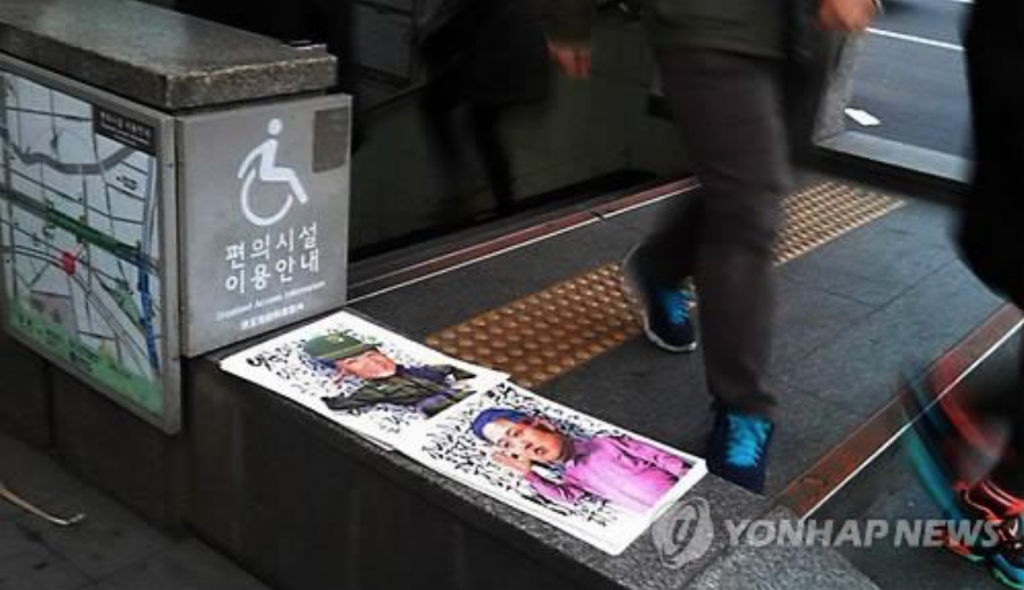 The Seoul Central District Court ordered Lee Byeong-ha, who goes by the stage name of Leeha, to pay 2 million won (US$1,800) for distributing a total of some 18,000 leaflets in Seoul and other major cities in South Korea between 2014 and 2015.

A 38-year-old actor, identified only by his surname Han, was also ordered to pay 200,000 won for collaborating with Lee in May last year.

“The defendants said it was a fair expression of their political views, but considering the amount, the location and how the leaflets were spread, it is hard to justify their actions,” the court said.

Lee already has records of standing trial for similar allegations but was either found not guilty or received a suspended sentence.