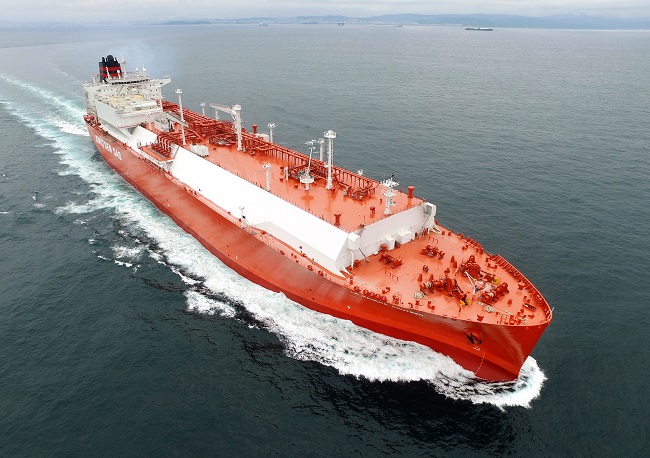 This file photo, provided by Hyundai Heavy Industries, shows a LNG carrier, built by the shipyard, operating at sea.

Qatar Petroleum said in a press release, posted on its homepage, that the agreement is the largest LNG ship contract in history, and can lead to the securing of more than 100 vessels down the road.

These ships, it said, will meet the company’s future LNG fleet requirements.

Industry sources here said that the capacity reservation pact is an arrangement that precedes a major shipbuilding order, and allows the Qatari company to secure so-called construction slots from the South Korean shipyards.

The total number of LNG carriers that can be built through the target year is expected to be equal to 60 percent of the building capacity for such ships in the world.

Related to the deal, Qatar’s expansion project had received considerable attention as the country is the world largest producer of LNG, with annual output hovering at 77 million tons.

The country said it aims to increase this by 126 million tons by 2027 that will require more carriers to ferry the energy resource to buyers.