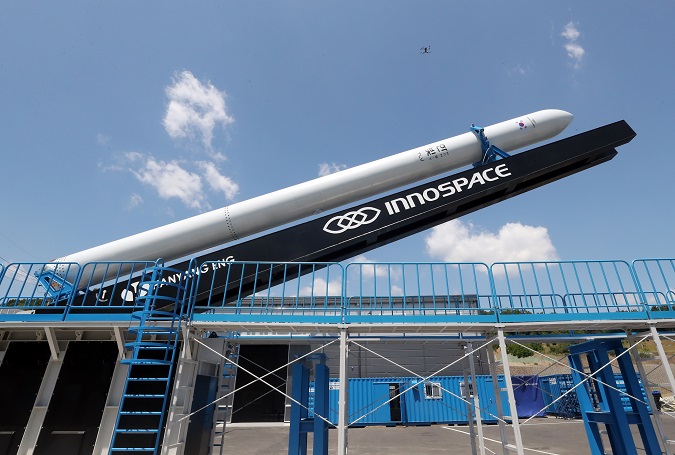 A launch window was set from Dec. 14-21 (local time) at the Alcantara Space Center in northern Brazil and the exact date and time will be decided after consultations with the Brazilian air force, the company said.

The test launch of the 8.4-ton thrust single stage hybrid rocket will verify the flight performance focusing on the optimal operation and stable thrust of the hybrid rocket engine, it added.

The HANBIT-TLV, the first civilian small satellite launcher in South Korea, is a test project to validate the first stage engine of HANBIT-Nano, a commercial rocket for small satellites capable of carrying a 50 kilogram payload.

In April, Innospace signed an agreement with the Brazilian Department of Aerospace Science and Technology to launch the latter’s inertial navigation system, called SISNAV, being carried onboard as a payload of HANBIT-TLV.

“This test flight of HANBIT-TLV suborbital rocket will serve as an important step to enter the small satellite launch service market,” Kim Soo-jong Kim, CEO of Innospace, said in comments provided by the company.