Industry watchers said the outlook remains dim for this year as global data centers have been delaying chip purchases amid high levels of inventory and the trade conflict between Washington and Beijing. (image: Yonhap)

Its quarterly profits, which fell short of the market estimate, were the lowest since the third quarter of 2016, when the company was hit by the recall of the Galaxy Note 7 phablet over its battery fire problem.

On the same day, its smaller local rival LG Electronics Inc. said it swung to a net loss in the fourth quarter due to weak sales of its smartphones amid toughening global competition.

Industry watchers said the outlook remains dim for this year as global data centers have been delaying chip purchases amid high levels of inventory and the trade conflict between Washington and Beijing.

The Korean companies are not alone in their uphill battle to stay profitable in tough times.

Apple suffered a slump in iPhone sales in China during the October-December period. The world’s most populous country is the largest single handset market.

Others, like U.S. chipmaker Nvidia Corp., projected lackluster sales outlooks because of falling demand for gaming processors in China, and another semiconductor behemoth, Intel Corp., cited the Chinese economy as a reason for its tepid forecast.

“2019 will be a very different market from the previous two years,” Andrew Norwood, a semiconductor analyst at U.S. market researcher Gartner, said in a recent report. “Memory has already entered a downturn, and there is the looming trade war between the U.S. and China and mounting uncertainty about the global economy.”

The prices of DRAM products, used in servers, sank 10 percent in the fourth quarter from the previous quarter as major data centers adjusted their inventories, and the prices of NAND flash chips used in smartphones declined more than expected over the period, according to corporate tracker DRAMeXchange. 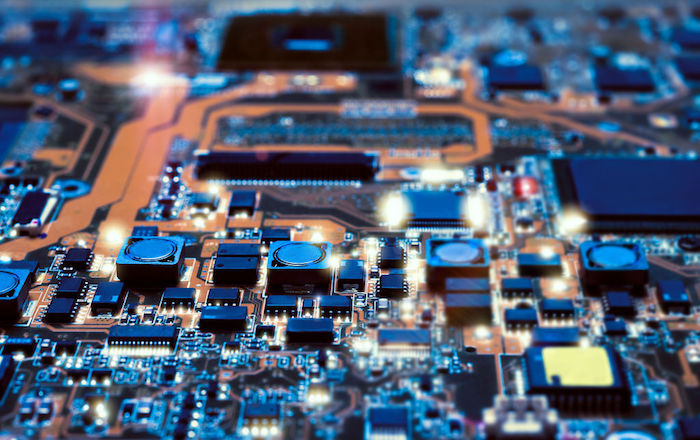 To brace for the downcycle, Korean companies are expected to trim their chip shipments and reduce capital expenditure on new facilities this year, though they didn’t elaborate on their spending plan.

Fortunately, there is a silver lining for the memory chip business as analysts see this as a correction period following a two-year super cycle. A trade deal between Washington and Beijing would provide some relief to the companies with heavy exposure to China.

Market watchers forecast the semiconductor market to undergo a correction period due to the supply glut and falling demand from data centers and high-end phones in the first quarter, but they projected better market conditions in the latter half of this year.

“The average sales price of DRAM products is expected to fall over 20 percent in the first quarter as server operators delay memory chip purchases amid the global economy slowdown, coupled with the adjustment of inventory levels,” Lee Soon-hak, an analyst at Hanwha Investment & Securities, said.

Samsung plans to launch a 5G and a foldable smartphone model in the first quarter to better secure the premium segment, and LG is widely expected to showcase a dual-display phone and 5G model next month.

In the display sector, both Samsung and LG vowed to expand shipments of large-panel OLED displays to target the premium TV market and ramp up production of high-resolution screens for smartphones.

“The pace of change and technology is expected to accelerate as machine learning and autonomous systems enable a more diverse set of architectures to address the opportunity,” said Mario Morales, program vice president of semiconductors at U.S.-based industry tracker IDC. “This will fuel the engine of growth for semiconductor technology over the next decade.”