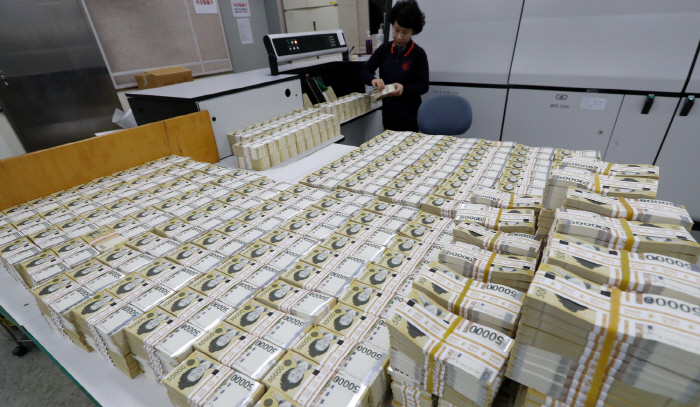 Cash accounted for only about 20 percent of all payments in South Korea last year. (Yonhap)

Korean households had an average 78,000 won (US$68.60) in cash in their wallets at any given time in 2018, down 33 percent from three years ago, according to the triennial survey.

Cash accounted for only about 20 percent of all payments in South Korea last year, according to the BOK.

The BOK has also made efforts to phase out cash from the market to reduce the cost of producing new currency.

Under the BOK-led “coinless society project,” launched last year, consumers can deposit small change left from the purchase of goods into prepaid mobile cards that can be later used at convenience stores and department stores.

Earlier this month, Starbucks Coffee Korea Co. said it will increase the number of cashless stores to 759 outlets across South Korea this year.

More than 60 percent of the 1,280 stores operated by Starbucks Coffee Korea will only accept credit cards and mobile payment systems, the company said.