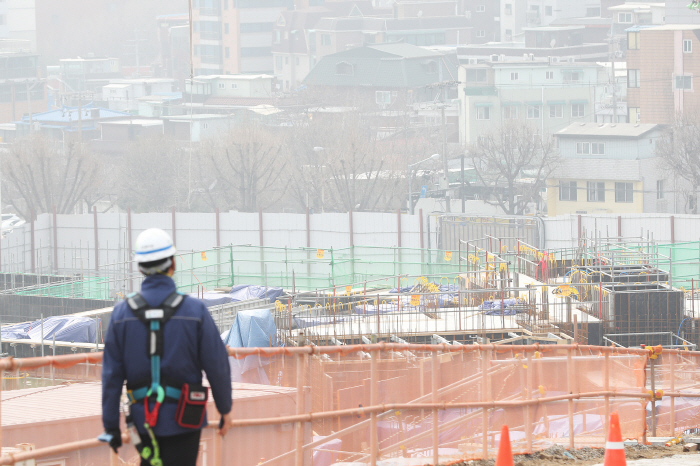 This undated file photo shows a worker at a construction site. (Yonhap)

SEOUL, July 8 (Korea Bizwire) — Education attainment plays a significant role in one’s inability to work due to health issues, according to a recent study.

A research team led by Prof. Kang Mo-yeol and Jeong Ji-yoon from the Catholic University of Korea Seoul St. Mary’s Hospital analyzed National Health and Nutrition Examination Survey data from 2010 to 2016 to determine the correlation between education attainment and health problems among 29,930 adults between 30 and 79 years of age.

The results showed that people with lower education attainment were 2.54 times more likely than those with higher education to quit their career due to health issues.

Men were 1.86 times more likely to have their career disrupted by health issues, compared to 1.48 times for women.

The research team came up with three hypotheses based on the research.

First, workers with high education attainment are more likely to have enough social and economic resources to avoid smoking and drinking, while also exercising regularly.

Second, workers with lower education attainment are more likely to work in physically strenuous jobs than those with higher education regardless of their health condition, which may compel them to quit their job earlier.

Even when the research team created a separate group composed of members with better health conditions, the proportion of those leaving work due to health reasons was still high among those with lower education.

Third, the lack of a social and economic safety net may be a major factor that filters job seekers by level of education.

People with higher education, for instance, were more likely to get a job at an earlier age and enjoy retirement after the age of 60, unlike those with lower education attainment.