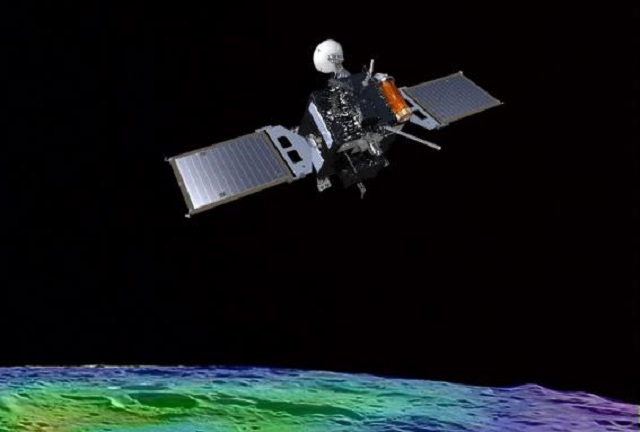 This image provided by the Korea Aerospace Research Institute shows a rendered image of Danuri, South Korea’s first lunar orbiter set to be launched on Aug. 3, 2022.

SEOUL, May 23 (Korea Bizwire) — South Korea said Monday it has named its first lunar orbiter scheduled to be launched in August Danuri.

Danuri — a portmanteau of the Korean words for moon and enjoy — was chosen from a national naming contest held from Jan. 26 to Feb. 28.

It was suggested by a doctorate student in new materials engineering at the Korea Advanced Institute of Science and Technology and was chosen among 62,719 submissions, according to the Ministry of Science and ICT.

A SpaceX Falcon 9 rocket is set to lift off from Cape Canaveral Space Force Station in the U.S. state of Florida on Aug. 3 carrying the Korea Pathfinder Lunar Orbiter.

The orbiter will circle around the moon from December and conduct a yearlong mission to observe it using an array of instruments, including cameras and magnetometers. It will also identify potential landing sites for future lunar missions.

South Korea has launched a preliminary feasibility study for the successor to the Nuri rocket, the country’s first homegrown space launch vehicle, with the goal of sending a lunar landing module to the moon in 2031.