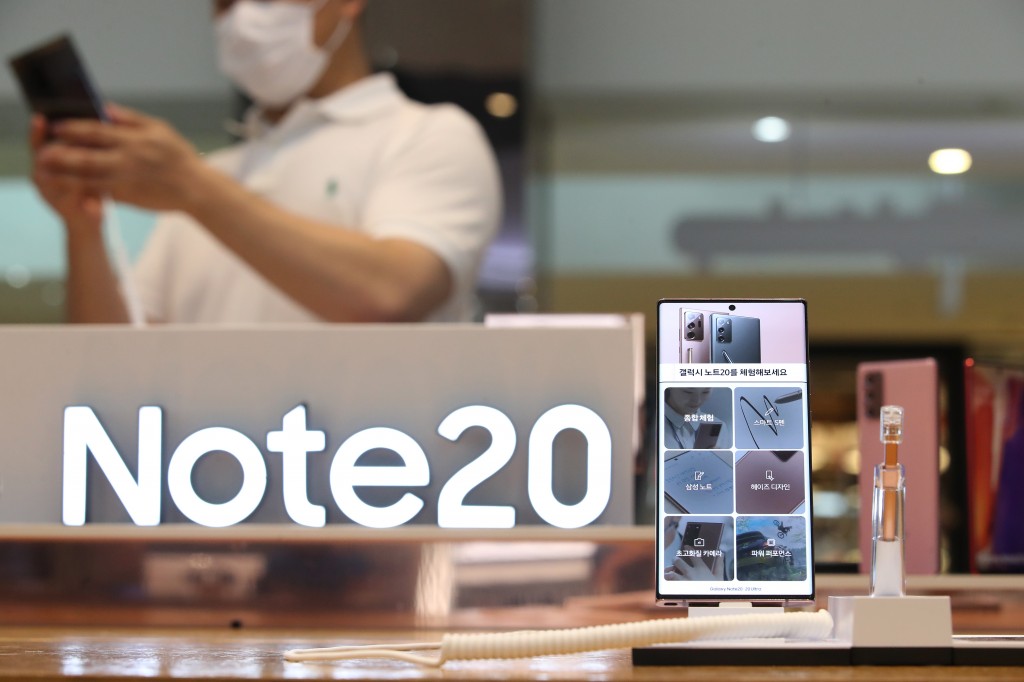 Samsung Electronics Co.’s 5G phone, the Galaxy Note 20, is shown in this photo taken on Aug. 7, 2020, at a company store in southern Seoul. (Yonhap)

As of July, the country had 7.86 million 5G users, up 487,190 from the previous month, according to data compiled by the Ministry of Science and ICT.

Users on the latest generation network accounted for 11.3 percent of the 69.8 million mobile subscriptions in total in a country of 51.8 million people.

Total mobile accounts grew by 174,197 from the previous month thanks to the increase in 5G users.

The country’s 4G users still accounted for the vast majority of mobile subscriptions at 54.9 million in July, down just 15,054 from the previous month.

The growth in 5G users comes as the country races to deploy nationwide coverage of the high-speed network by 2022.

Major telecom operators have promised to spend up to 25.7 trillion won (US$21.7 billion) to update infrastructure and meet the deadline.

The government has also met with the telecom operators to expand 5G coverage in remote rural areas by sharing their networks.

Analysts expect local 5G subscriptions to grow considering new 5G phone releases in the second half of the year such as Samsung Electronics Co.’s Galaxy Note 20 and the new iPhone from Apple Inc.