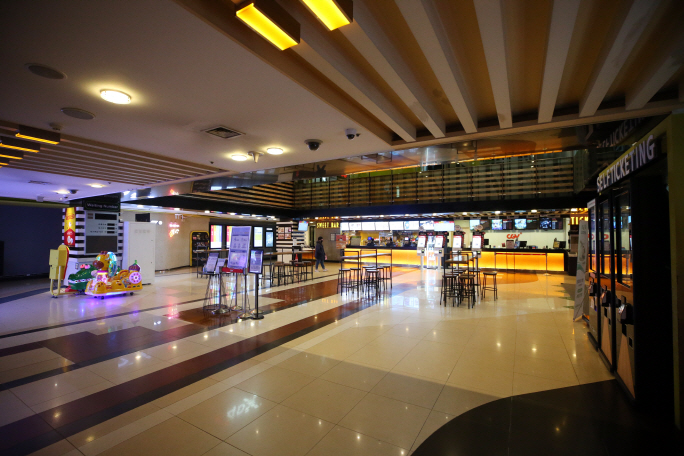 The box office of a cinema in the southern city Gwangju is quiet on March 8, 2020, hit by the coronavirus outbreak. (Yonhap)

South Korea’s composite consumer sentiment index stood at 96.9 for February, down 0.4 from the previous month, according to the data from the Organization for Economic Cooperation and Development (OECD).

It was the sharpest decline among 25 OECD member nations that have published related data.

A reading below the benchmark 100 means pessimists outnumber optimists.

Turkey came next with a 0.3 point decrease, and Japan’s consumer sentiment index fell 0.1 point to 98.9.

The steep drop in South Korea’s consumer sentiment follows the outbreak of COVID-19.

South Korea reported its first confirmed coronavirus case on Jan. 20, with more than 7,700 additional cases and 66 deaths reported as of Thursday.

In late February, Seoul raised its alert to the highest level, “red,” advising people to stay home as much as possible to help staunch the spread of the flu-like virus.

The rapid spread of the new coronavirus has sent consumer spending in Asia’s fourth-largest economy into a tailspin.

According to government and industry data, the number of moviegoers tumbled 57 percent on-year in the third week of February, with visitors to amusement parks tanking 71.3 percent.

Department stores, restaurants and hotels have also seen slumping sales as consumers are unwilling to go out and have cut back on eating out.

Analysts said it may difficult for South Korea’s consumer sentiment to pick up soon, even if the coronavirus outbreak subsides, because workers have suffered wage losses from business suspension.