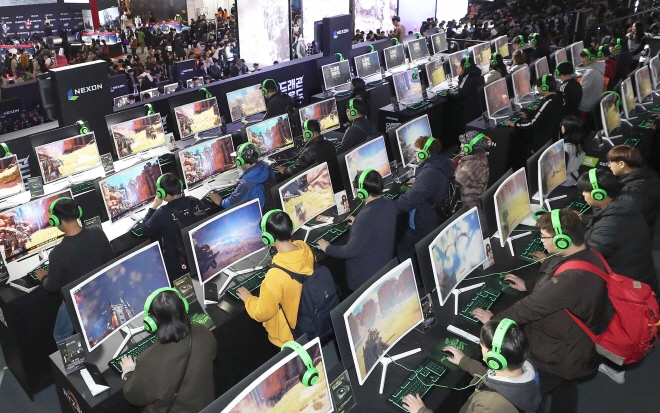 The market size of the nation’s e-sports, which refers to competitive video gaming, has steadily expanded in recent years, increasing from 60.27 billion won in 2014 to 72.29 billion won in 2015 and 93.34 billion won in 2016, according to the report jointly issued by the Ministry of Culture, Sports and Tourism and the Korea Creative Content Agency.

The average annual salary of a domestic professional gamer was 175.6 million won in 2018, up more than 80 percent from 97.7 million won in the previous year.

The surge in salary was attributed to the attraction of foreign investments into domestic gaming teams and stronger scouting competition for gamers among local teams.

Local spectators watched an average of 9.6 e-sports games a year, with “League of Legends” accounting for 66.7 percent of the viewership.