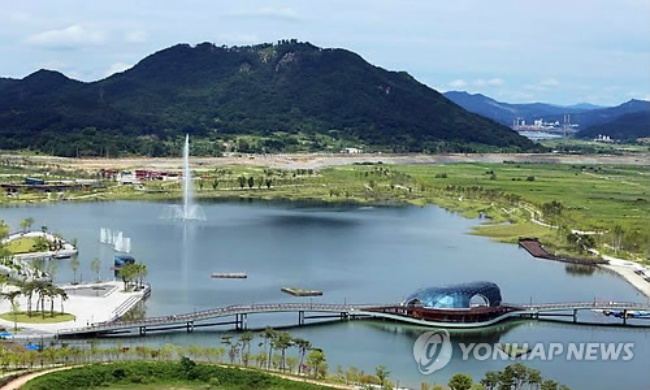 A river in Sejong pictured above (Image: Yonhap)

SEJONG, SOUTH KOREA, March 9 (Korea Bizwire) — Sejong City is revamping its image as an eco-city with the introduction of a new hydrological system that will purify rainwater using soil and pebbles.

The Ministry of Environment (MoE) and the National Agency for Administrative City Construction (NAACC) announced plans yesterday to adopt low-impact development (LID) in the construction of several multifunctional administrative developments in Sejong from this year.

Low-impact development is a stormwater management approach that enables an eco-friendly water filtration system, through which stormwater is filtered. It’s said to resemble the natural process in which bacteria and microorganisms in the soil purify water.

The city’s move towards renewable energy comes as part of the LID project for several locations in Sejong led by the MoE and NAACC, which was signed back in 2015.

Last year, the two organizations built a water cycle in Hamil-ri using LID techniques, which can filter 23.2 millimeters of rainwater per day, with the help of the Korea Land and Housing Corporation, and the Korea Environment Corporation.

With new apartments in the area going on sale later this year, plans for the project in other areas are also set to be finalized this year, with construction of some of the facilities scheduled to be completed by 2018.

The local government is also adopting LID to build an eco-friendly hydrological system in Hapgang-ri, another location in Sejong that is in the early stages of urban development, as part of the ‘zero energy town’ project.