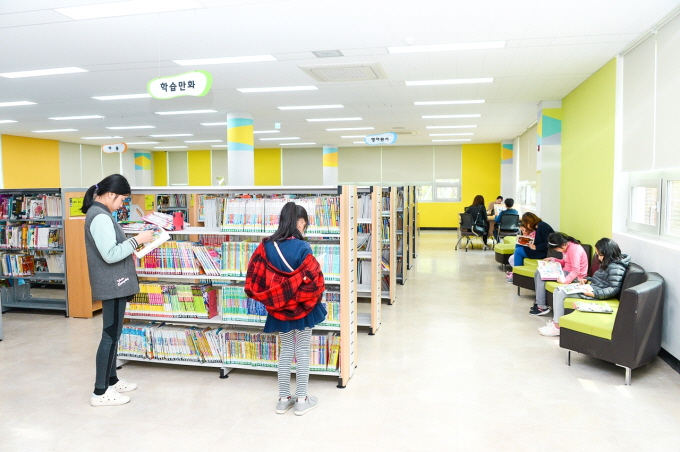 The district will form an advisory panel with professors, the Busan Cartoonists’ Society and residents to reflect opinions on the composition of space and selection of comic books. (image: Yeonje District Office)

BUSAN, May 7 (Korea Bizwire) — The Yeonje District Office in Busan announced on Monday that the district has been a selected for a project to create a comic book library, a small library and a smart unmanned library, all under the auspices of the Ministry of Culture, Sports and Tourism.

Yeonje District will open the country’s first public comic book library on the second floor of the Community Service Center in Geoje 3-dong next October.

There has been comic book library operating in a corner of the regular library, however, it will be the first time that a public library is built exclusively for comic books.

The comic book library will be built with an open structure at a cost of 1.6 billion won (US$1.36 million) with a size of 772 square meters.

The district will form an advisory panel with professors, the Busan Cartoonists’ Society and residents to reflect opinions on the composition of space and selection of comic books.

Yeonje district will also spend 160 million won to remodel Saemaeul Books on the second floor of the Sunrise Cultural and Welfare Center into a “small library” and open it in September of this year.

In addition, the district will spend 200 million won to install an unmanned smart library that allows people to borrow books without having to go to the library at the city railroad’s Yeonsan Station and the Yeonje Athletic Center.