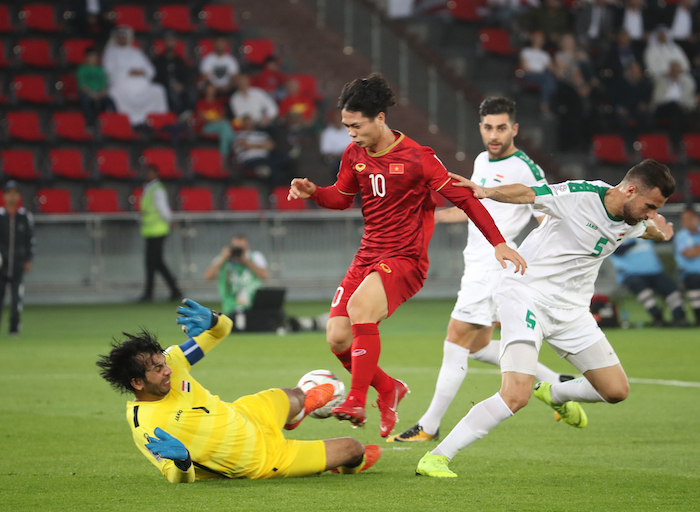 The K League 1 club said Cong Phuong agreed to a one-year loan deal and will join the team from Vietnamese side Hoang Anh Gia Lai.

Cong Phuong has been one of the key players for the Vietnamese national football team led by South Korean head coach Park Hang-seo. The 24-year-old helped Vietnam to win the ASEAN Football Federation (AFF) Suzuki Cup and reach the quarterfinals at the Asian Football Confederation (AFC) Asian Cup. He scored two goals in five matches at the Asian Cup in the United Arab Emirates last month.

Cong Phuong will be the second Vietnamese to play in the K League 1 after Luong Xuan Truong, who had loan stints with Incheon and Gangwon FC from 2016 to 2017.

The versatile attacker will also experience his second loan spell outside Vietnam. He played for second-tier Japanese club Mito Hollyhock in 2016.

Incheon said their head coach, Jorn Andersen, has been following Cong Phuong since their practice match with the Vietnamese national football team in October. After Cong Phuong played well at the Asian Cup, Andersen then requested Incheon to sign him.

“I’m happy and feel proud to join the K League 1, which has been named the best Asian pro football league for eight consecutive seasons by the International Federation of Football History & Statistics,” Cong Phuong said. “I already heard from Truong that the level of the K League is very high. I will do my best to help Incheon.”