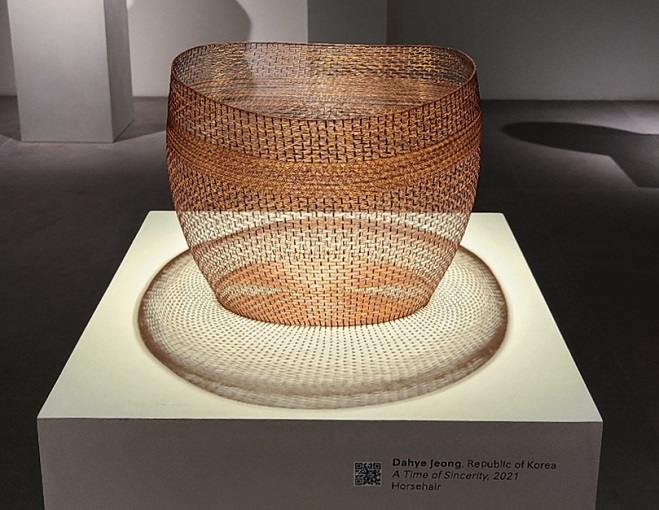 “A Time of Sincerity” by Jeong Da-hye, winner of the Loewe Foundation Craft Prize 2022, is put on display at the Seoul Museum of Craft Art on June 30, 2022. (Yonhap)

The Craft Prize Jury for the Loewe Foundation Craft Prize 2022 selected “A Time of Sincerity,” a woven-horsehair basket by Jeong, as this year’s winner, a day before Friday’s opening of the annual exhibition at the Seoul Museum of Craft Art (SMCA).

The Loewe Foundation Craft Prize, launched in 2016 by Spanish luxury label Loewe, is the world’s most lucrative award for craftspeople with a 50,000-euro (US$51,994) prize.

The works by this year’s shortlist of 30 finalists will be displayed at the SMCA, South Korea’s first museum dedicated to craftworks, from Friday to July 30. The works vary from ceramics and woodwork to textiles.