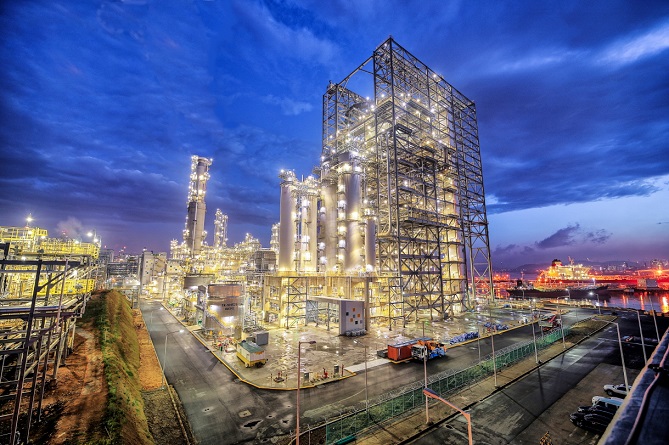 S-Oil Corp.’s petrochemical factory in Ulsan, 414 kilometers southeast of Seoul, is seen in this file photo provided by the refiner on Nov. 17, 2020.

According to the Korea Lubricating Oil Industry Association, the nation’s lubricants consumption reached 976,000 kiloliters last year, up 4.6 percent from a year ago, but remained below the 1 million ㎘ level for the third straight year, starting from 2019 (990,000 ㎘).

The association predicted that the nation’s lube oil consumption would reach 1.08 million ㎘ in 2024. Industry analysts, however, view the estimate as too optimistic, saying that there is little chance for the industry to realize this projection.

The biggest factor behind the stagnation of the nation’s lubricating oil market is the entry of the automobile market into the matured stage.

The number of new vehicles registered last year in South Korea totaled 1,743,000 units, down 9 percent from a year ago, according to the Ministry of Land, Infrastructure and Transport.

Another factor that has hindered the growth of the lubricant market is a shift in demand from internal combustion engine vehicles to eco-friendly cars such as electric vehicles.

Despite the decline in the overall number of new car registrations last year, the number of new EVs registered last year stood at 100,000 units, a sharp increase of 115 percent from the figure marked in 2020.