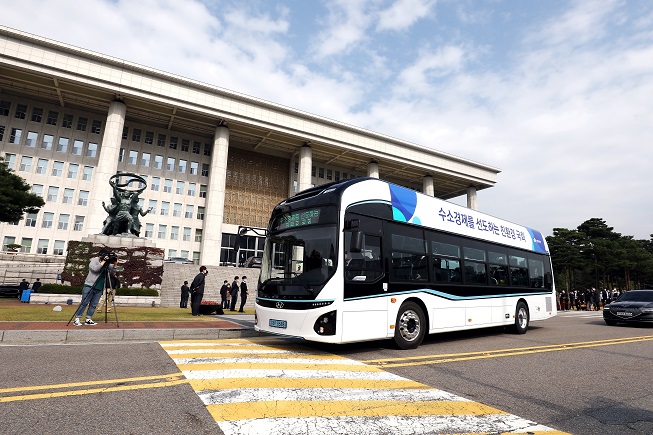 The National Assembly became the country’s first state organization to adopt a hydrogen bus, and it will use the zero-emission bus to help transport people within the parliament and from neighboring subway stations, the parliament said in a statement.

“We will initially operate the hydrogen bus two to four times a day as a shuttle bus for those who visit the National Assembly, along with other combustion engine buses,” a National Assembly official said. 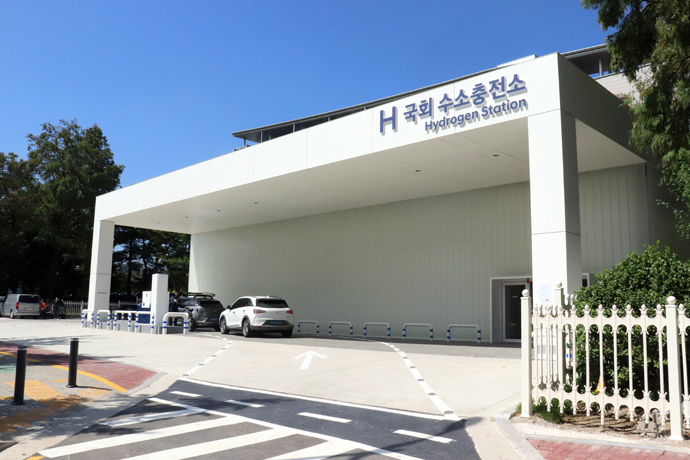 The National Assembly set up a hydrogen charging station inside the parliament in September last year and enacted a law aimed at promoting the use of hydrogen as an alternative energy source in January.

The hydrogen bus can travel up to 434 kilometers on a single charge, and it takes about 13 minutes to fully charge the 180 kilowatt-hour battery installed in the bus, the statement said.