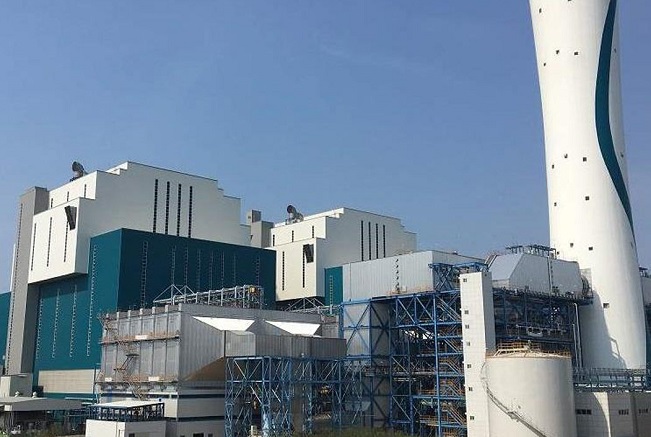 The Taean thermal units 9 and 10 are shown in this photo provided by Korea Western Power Co.

The amount of electricity generated by the nation’s power plants came to 552,165 gigawatt hours (GWh) last year, down 1.9 percent from the previous year, according to the data from state-run Korea Electric Power Corporation (KEPCO).

It marked the second time generation dropped in two consecutive years, since the 4.1 percent decrease in 1998, when South Korea was in the midst of a foreign exchange crisis.

In 2019, the amount of electricity generated by the nation’s power plants fell 1.5 percent on year.

South Korea plans to gradually diversify its energy mix by using more sustainable sources, such as solar power, and scale back the use of coal and nuclear power, in line with the nation’s goal to achieve zero carbon emissions by 2050.

Under the plan, which will run through 2034, sustainable energy sources will take up 8.6 percent of the country’s energy mix.

The portion of coal power will fall from 31.9 percent to 22.7 percent over the period, and that of nuclear energy will also decrease from 21 percent to 15.5 percent, the blueprint showed.

To meet the goal, the country plans to shut down 30 coal power plants by the year and renovate 24 of them to run with liquefied natural gas.