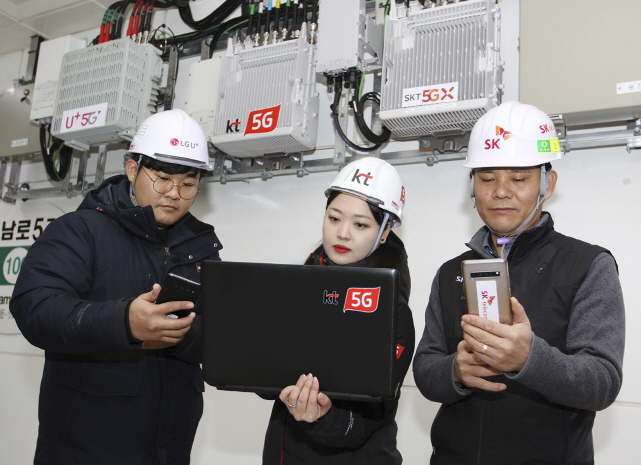 The Korea Information Society Development Institute (KISDI) said although competition in the local telecom market, viewed as an oligopoly, has grown over the years, it still appears to be “insufficient.”

“The market share and concentration ratio of the country’s top telecom operator dropped and improved index related to the market structure, but this is mainly due to government policy of supporting ‘altteul’ phone operators,” the KISDI said in its report for the 2019 telecom market, using the Korean word for thrifty.

“Considering its market structure and achievements, we cannot conclude there is active competition in the market.”

Excluding altteul phone operators, the market share of the country’s top mobile carrier, SK Telecom Co., stood at 47.3 percent in terms of the number of subscribers at end-2018, according to the report.

SK Telecom was followed by KT Corp. with 29.8 percent and LG Uplus Corp. with 22.9 percent.

“When compared with internationally, there is a big gap between the No. 1 and No. 2 service providers, and there is relatively small pressure from altteul phone operators,” the KISDI said.

“At this point, there is little possibility for a new telecom operator with infrastructure to enter the market, so improving market structure is likely to be limited.”

Such a market situation may affect the companies’ investment and mobile tariff plans, and could limit active competition in the market in the long term, according to the report.

The KISDI said competition in the future mobile market will depend on the industry’s response to the 5G sector and performance of altteul phone operators.