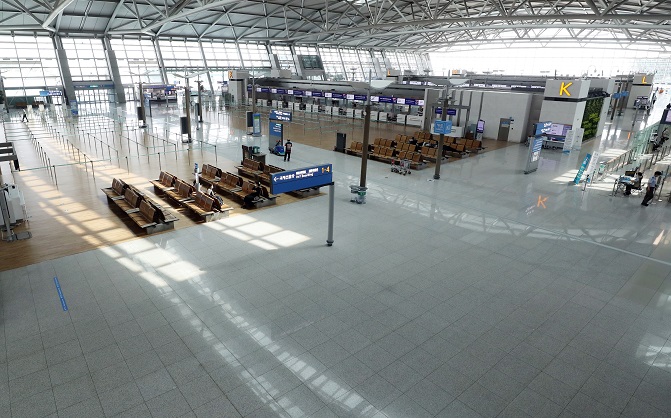 For the April-June period, the country posted US$1.19 billion in tourism income, down 78.6 percent from $5.57 billion over the same period last year, according to data by the Korea Tourism Organization (KTO).

From three months earlier, it tumbled 65.5 percent from $3.46 billion.

It is the lowest quarterly amount since 2003, when South Korea’s tourism income recorded $1.11 billion.

The sharp decline came as the COVID-19 pandemic has disrupted the global tourism industry, as most countries have closed their borders and imposed a mandatory 14-day quarantine on foreign arrivals.

Meanwhile, South Korean tourists spent a 17-year low of $1.7 billion overseas in the second quarter, down 76.3 percent from a year earlier.

As a result, the deficit of the country’s tourism account decreased to $510 million for the April-June period, down sharply from $1.64 billion tallied a year ago.