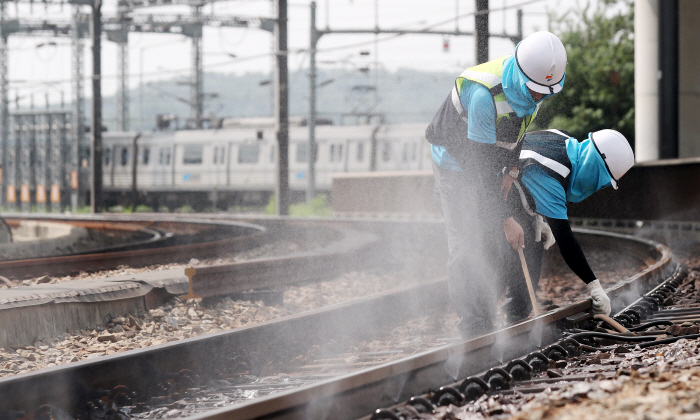 SEOUL, Aug. 17 (Korea Bizwire) — The number of jobs created in July fell to the lowest levels in over eight years, as Asia’s fourth-largest economy struggles with the fallout of corporate restructuring and stagnant domestic demand, data showed on Friday.

The poor showing is a hard blow to the incumbent Moon Jae-in government, which has staked its reputation on creating employment opportunities that can generate balanced and sustainable growth.

The unemployment rate stood at 3.7 percent last month, up 0.3 percentage point from a year earlier, according to the report compiled by Statistics Korea.

The number of employed people reached 27.08 million in July, up just 5,000 from the same one-month period in 2017, the smallest gain since January 2010, according to the data.

The unemployment rate for young adults — those aged between 15 and 29 — was 9.3 percent, unchanged from the previous year.

The employment rate stood at 67 percent in July, down 0.2 from a year earlier, with the corresponding figure for young people at 43.6 percent, up 0.2 percentage point over the cited period.

The number of newly added jobs has stayed slightly above 100,000 per month over the past sixth months. The manufacturing sector shed 127,000 jobs last month, marking a decline for a fourth straight month. The education service sector also saw its employment drop to 78,000 last month.

“The structural changes in some industrial sectors contributed to a drop in job additions,” an official at Statistics Korea said. “The biggest factor is that corporate restructuring in the manufacturing sector is affecting the overall employment.”

Last month, the government cut its job creation target to 180,000 this year from 320,000 as job creation efforts made little progress.

The number of jobs added in the first seven months of this year is tallied at roughly 120,000, indicating that the revised job creation target may not be reached.

The shocking results may prod the Moon government to spend more and revise its signature policies, such as income-led growth, which is backed by shortened working hours and an increase in the legal minimum wage.

Since May, the government has been implementing a 3.9 trillion-won (US$3.69 billion) extra budget largely to create jobs for young people amid deepening concerns about high unemployment, which the government warned would have catastrophic consequences.

Economists warned that the local job market may further worsen down the road as the economy is at a crossroads amid an escalating trade row between two major economies and stagnant private spending.

“The trade row between China and the U.S. is causing the country’s outbound shipment growth to slow, and private spending recovery is weaker than expected,” said Lee Keun-tae, an economist at LG Economic Research Institute. “The upward momentum is weakening.”

The government jacked up the minimum wage by 16.4 percent to 7,530 won per hour on Jan. 1 this year, the biggest hike in nearly two decades. Next year’s minimum wage has been set at 8,350 won, up 10.9 percent from this year.

Such hikes have raised concerns from local businesses, especially small and medium-sized firms, that the wage increases could hurt small companies, such as mom and pop stores, and thereby slow down the entire economy.

The government said it will mobilize all possible policy measures to avert the downward spiral of the local job market. The finance ministry said it will accelerate the implementation of the extra budget and immediately create 4 trillion won worth of fiscal spending aimed at helping create more quality jobs.

In addition, the ministry said it will maintain expansionary fiscal spending and continue efforts for deregulation.