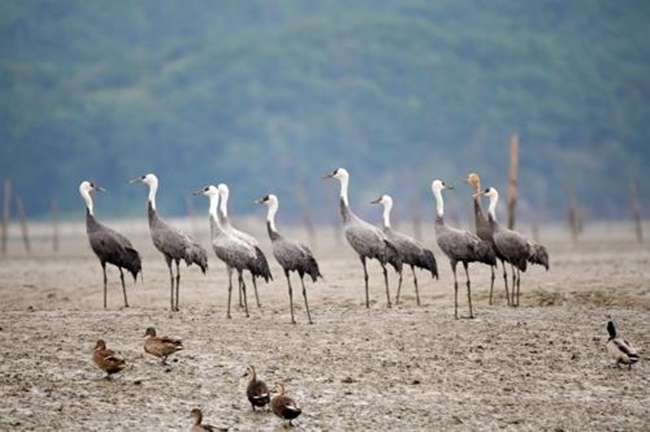 This photo, released by the Cultural Heritage Administration on Jan. 29, 2017, shows a group of hooded cranes on a tidal flat in Suncheon, South Jeolla Province. The migratory birds fly south from Russia for the winter. (Image: Yonhap)

An official at the CHA said in a phone interview with Yonhap News Agency on Thursday that the center returned the application, citing a lack of information about management authority and the exact area the government wanted to be designated as a World Heritage site.

After being notified of this, the CHA re-sent the missing information but hasn’t heard from UNESCO since.

The CHA said it would file the application again next year.

In January, the agency submitted its application for the wetlands, called “getbol,” on the nation’s south and west coasts to be included in the natural heritage program for their outstanding universal values.

They are habitats for some endangered bird species, including spoon-billed sandpipers, and they preserve the thickest mud sedimentary layers in the world, it said.