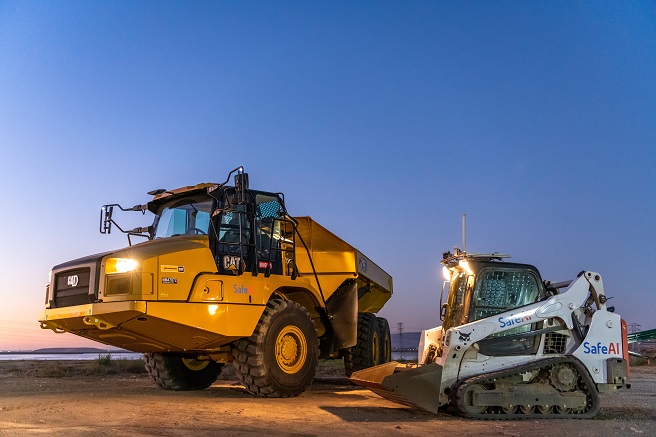 SafeAI is driving the transformation of the mining and construction industries through connected, autonomous sites. With chronic labor shortages, unsafe working conditions and frequent project delays, these industries are in a unique position to benefit from autonomy. And unlike on-road applications of the technology, autonomous heavy equipment operates in controlled environments, which means companies can create smarter, safer, more productive project sites today that create meaningful, near-term impact.

“We are at a tipping point for autonomous heavy equipment,” said Bibhrajit Halder, founder and CEO at SafeAI. “We’ve proven that autonomy makes work sites significantly safer and more productive; now, we are on the cusp of mass adoption. Together with our valued partners, customers and investors, we’re poised to deploy autonomy in off-road industries like construction and mining, at scale, to rethink the way heavy industry operates.”

Heavy industry is a massive—and growing—global market, ripe for disruption. The construction equipment market alone is valued at $140 billion, and expected to increase to $175 billion by 2025; construction-related spending accounts for a staggering 13% of global GDP, or $11.5 trillion. But there remains significant room for growth; in construction alone, higher productivity could create an estimated $1.6 trillion in additional value. With just 25% of the infrastructure needed by 2050 in existence today, autonomy can bridge this productivity gap with greater efficiency and 24/7 operations. SafeAI is at the forefront of this transformation.

“There’s a tremendous amount of excitement in the autonomy space today; but it’s clear the biggest opportunity for this technology is off-road,” said Mark Blackwell, General Partner at Builders VC. “With its industry-leading autonomous software, scalable retrofit approach and partner ecosystem, SafeAI is uniquely poised to capitalize on this opportunity. We’re proud to support the company in its next chapter of growth as demand for autonomous heavy equipment continues to skyrocket.”

About SafeAI
SafeAI is a global autonomous heavy equipment leader focused on advancing modern industry. SafeAI retrofits heavy equipment for autonomous applications in mining and construction to serve a massive ecosystem of industry players with complex needs. By building a software platform with the most advanced, industry-specific AI, SafeAI enables equipment owners to transform existing machines into self-operating robotic assets. Obayashi Corp. and Foundamental have made strategic investments in SafeAI, and the company currently operates with Obayashi Corp in Cupertino, CA. SafeAI is based in Milpitas, CA.