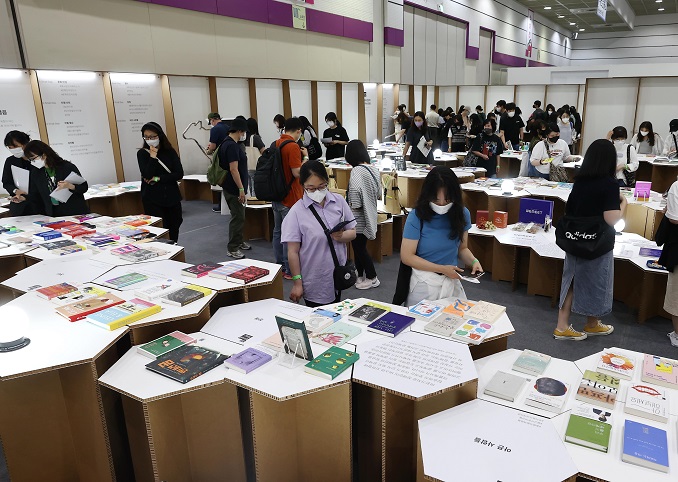 People look around the 28th Seoul International Book Fair at COEX in Seoul on June 1, 2022. (Yonhap)

SEOUL, June 17 (Korea Bizwire) — The number of books being published on coding and data analysis that are needed for the creation of applications or programs using computer language is increasing rapidly in South Korea, data showed Thursday.

The number of new books with keywords such as coding or data analysis in the IT and mobile device areas totaled 103 in the first five months of this year, the highest in five years, according to the data compiled by Yes24, a leading online bookstore.

Year on year, the number of new books was up 11.7 percent.

“After the COVID-19 pandemic, the IT industry enjoyed a boom and the digital transformation of daily lives accelerated,” Yes24 said.

“Against this backdrop, an increasing number of people are looking for related books ranging from coding test reference books for getting or changing jobs to entry-level books for coding and data analysis.”

In the first half of this year, books related to coding tests and developer interviews were popular ahead of major IT companies’ second-quarter recruitment activities.