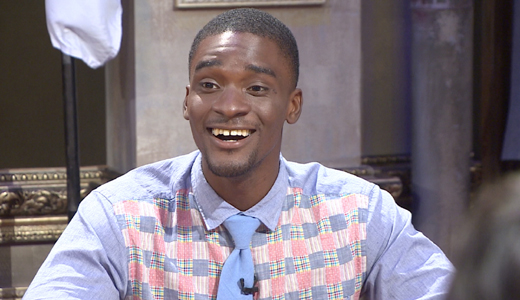 Sam Okyere has been a delightful presence on JTBC’s hit talk show ‘Non-Summit,’ with his wit and laid back attitude. (image: JTBC)

SEOUL, Jan. 26 (Korea Bizwire) — Real Men, the Korean variety show featuring male celebrities undergoing Korean military training, has a new cast member, Sam Okyere. Three out of the eight original members of Real Men are now leaving the show, since they have been discharged from the service. Sam Hammington is one of the three, and is the first foreigner ever to be discharged from Korean military service. Now Sam Okyere, the Ghanaian cast member of a popular talk show, is one of the new recruits.

According to an announcement from Real Men producers on January 23, Sam Okyere decided to join the show after the producers’ proposal, while Han Sang-Jin, a Korean actor, is mulling over a similar offer.

Sam Okyere has been a delightful presence on JTBC’s hit talk show ‘Non-Summit,’ with his wit and laid back attitude. He has also built up a big fan base in Korea with his unique humor and good looks. Okyere has been expanding his presence on Korean TV, appearing on various TV shows such as Island Teachers, SNL Korea and Hello Counselor. His expression of love towards Korean seaweed delicacy ‘Kim’ in TV shows even saw him awarded the Global Ambassador for Seaweed of Wando.

Okyere might be the first black TV personality to become nationally popular, and he is very aware of his place on Korean TV. During a recent interview with Okayafrica, he said that his ‘goal is to bridge the gap between Ghana and Korea though TV work.’