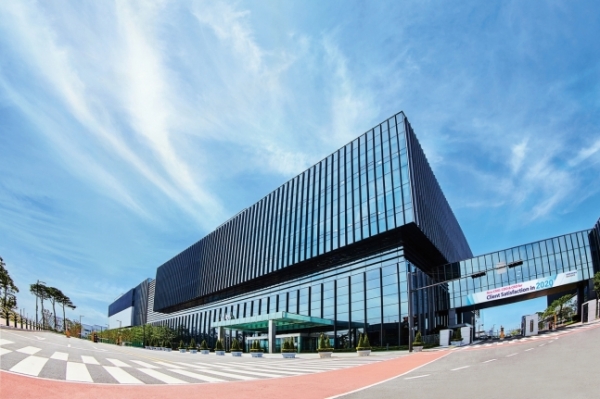 This undated photo, provided by Samsung Biologics, shows one of its three plants in Songdo, west of Incheon, South Korea.

The company’s net profit reached 241 billion won (US$217.8 million) in 2020, compared with a net income of 203 billion won a year earlier, the company said in a regulatory filing.

Sales also skyrocketed 66 percent on-year to 1.16 trillion won to breach annual sales of 1 trillion won for the first time since the company was founded in 2011.

The bio giant attributed its sound business performance to utilization improvement at its three plants in Songdo, west of Incheon, which eventually led to increased sales.

A fourth plant is currently under construction following major deals to manufacture products for major global pharmaceutical giants during the first half of this year.

The company said it has also been effectively responding to the new coronavirus pandemic to ensure a stable supply and operations for sustainable services to clients.

Shares of Samsung BioLogics increased 1.52 percent to close at 802,000 won on the Seoul bourse Tuesday. The earnings results were released after the market closed.