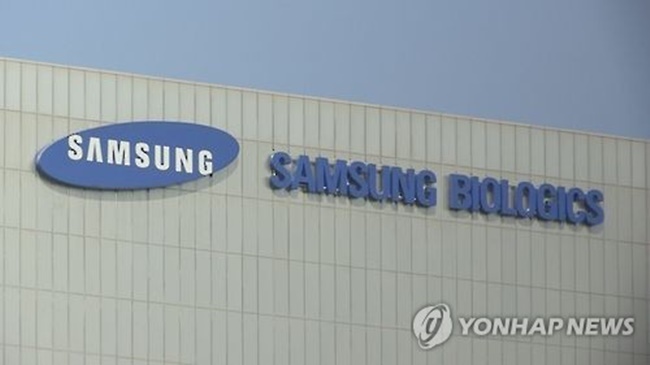 Despite the rise in sales, the company posted an operating loss of 8.5 billion won, up from a loss of 3.2 billion won posted during the same period a year earlier. (Image: Yonhap)

Sales jumped 33 percent on-year to 63.2 billion won (US$57 million) during the April-June period, the company said in a regulatory filing.

Despite the rise in sales, the company posted an operating loss of 8.5 billion won, up from a loss of 3.2 billion won posted during the same period a year earlier.

The company said its second-quarter earnings were affected by the decrease of drugs shipped from the company’s two main factories that have been under repair since the end of last year.

“The company aims to achieve this year’s break-even point,” said Samsung Biologics CEO Kim Tae-han, adding that the construction of the third factory is forecast to be finished by the end of the year.

The company earlier announced it will expand its contract manufacturing organization (CMO) business to help not only small firms but also work together with multinational pharmaceutical companies.

South Korea’s leading conglomerate has been realigning its business portfolio to find new revenue sources. In particular, Samsung’s heir apparent Lee Jae-yong has pointed out that the biosimilar business is one of the group’s key businesses for the future.