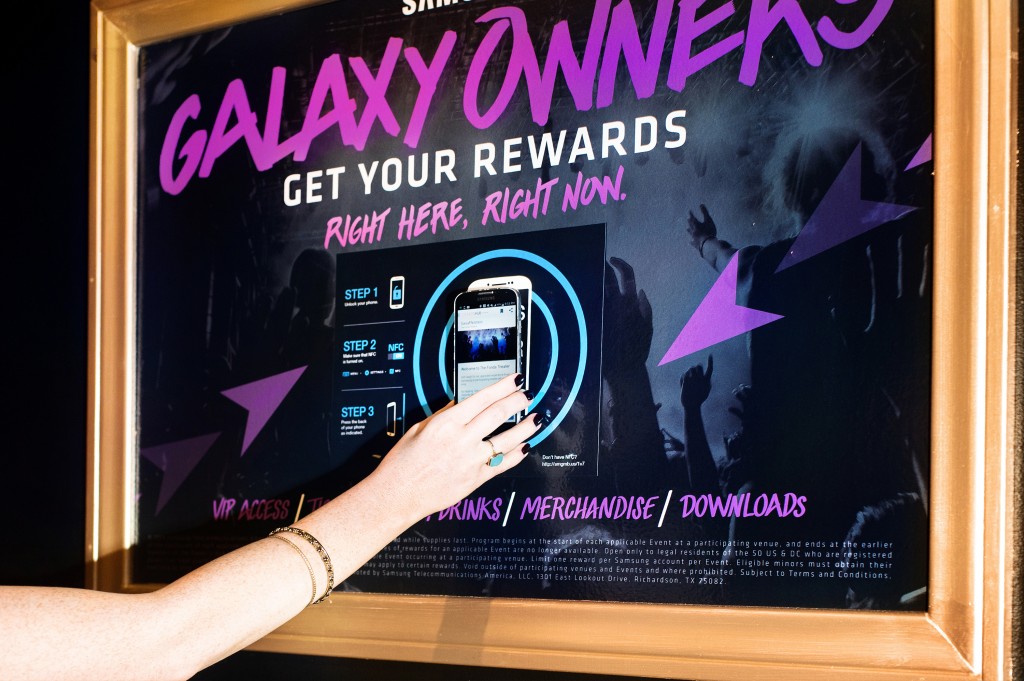 “At Samsung, we’re committed to creating new and surprising experiences  to reward our owners for being part of the Galaxy family,” said Colleen  McDuffe, Senior Director of Digital Marketing at Samsung  Telecommunications America. “With AEG, we’re able to give our Galaxy  owners a unique and rewarding experience at the nation’s most popular  arenas, theaters and clubs across the country.”

“AEG and Samsung have a shared mission of making the fan experience the  number one priority,” said Nick Baker, Senior Vice President, AEG Global  Partnerships. “Samsung’s dedication to creating a premium experience for  its consumers, coupled with our collection of iconic marquee assets,  makes this partnership one that will be unmatched. We are truly honored  to be working alongside a partner whose vision is aligned with our own.”

AEG owns or is affiliated with over 100 of the world’s preeminent  facilities such as STAPLES Center (Los Angeles, CA), StubHub Center  (Carson, CA), Best Buy Theater (Times Square, New York), and Barclays  Center (Brooklyn, NY) to name a few. AEG is also the largest producer of  music festivals in North America, including the critically acclaimed  Coachella Valley Music and Arts Festival and the New Orleans Jazz &  Heritage Festival, both of which introduced the Samsung Galaxy Owner’s  experience to owners in 2014.

Additionally, Samsung will serve as an Official Sponsor of AXS.com,  AEG’s ticketing and digital media service, dynamically integrating the  Galaxy Owner’s Hub messaging throughout the platform.

To view a complete list of the various locations the Samsung Galaxy  Owner’s experience will be activated, visit https://www.samsung.com/us/owners/galaxy-owner-rewards/.

Samsung, Galaxy, and Milk Music are all trademarks of Samsung  Electronics Co., Ltd. All other company names, product names and  marks are the property of their respective owners and may be trademarks  or registered trademarks.