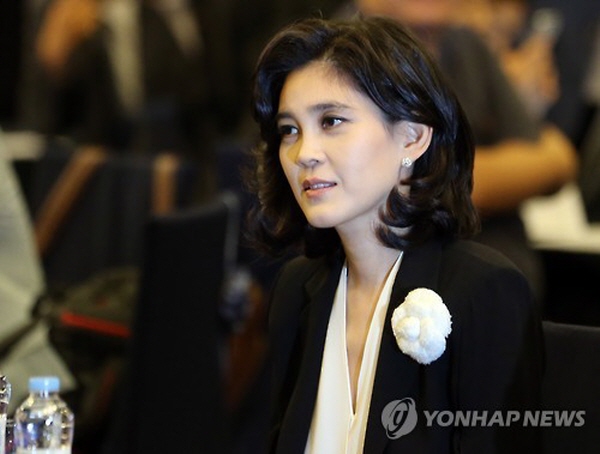 SEONGNAM, Aug. 7 (Korea Bizwire) — The husband of Lee Boo-jin, the eldest daughter of the Samsung Group owner family, has refused to go through with their divorce, his lawyer said Thursday.

Lee and her husband, Im Woo-jae, has been undergoing trials at a Suwon District Court branch in Suwon, south of Seoul, to decide who will have custody and parental rights of their son after they failed to reach a compromise during the mediation process. Lee filed for divorce in October last year.

“Nothing has changed from his original stance,” his lawyer said. “It means that he has no intentions for divorce.”

Although Im had previously maintained his ground over his refusal to give up parental rights and legal guardianship of their son, who is currently in elementary school, this is the first time for the 46-year-old to formally declare that he will not sign the divorce papers.

Lee, two years his junior, and Im are known to have met in 1995, and their marriage four years later had drawn much public attention at the time, deemed as a romance between an heiress of a multi-billion dollar business group and a rank-and-file employee at one of the conglomerate’s affiliate firms.

Both currently hold executive level positions at Samsung Group affiliates, with Lee as the CEO of hotel chain operator Hotel Shilla, and Im as the vice president of Samsung Electro-Mechanics Co.

Lee currently has legal guardianship over their son, while Im has visiting rights twice every month.

This is not the first case of divorce within the owner family of Samsung Group. Jae-yong, vice chairman of tech giant Samsung Electronics Co. and heir apparent of the top conglomerate, has also been married before splitting up from his then-wife in 2009.’