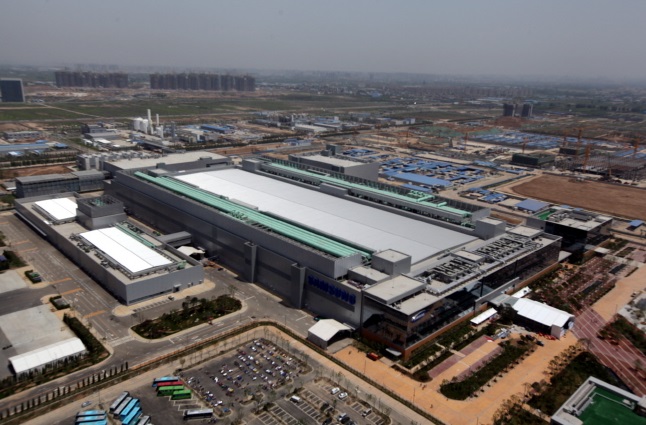 According to Chinese media and Xian’s municipal government, Kang Bong-yong, a Samsung Electronics vice president, told Chinese officials that the company’s further $8 billion investment in its second plant in Xian is on track.

Samsung’s investment plan was previously hinted by Chinese Premier Li Keqiang when he said in October that a total of $15 billion will be spent on the company’s second Xian plant.

At the time, Samsung had only revealed $7 billion worth of investment in the second Xian plant.

The plant is expected to begin operation in the first half of 2020. The company’s first Xian plant has been running since 2014.

Industry insiders said the additional $8 billion will be used for a project to ramp up its production lines, with completion expected by the second half of 2021.

The two plants are Samsung’s only memory-chip producing facilities outside South Korea. The second Xian plant is expected to produce V-NAND flash chips.