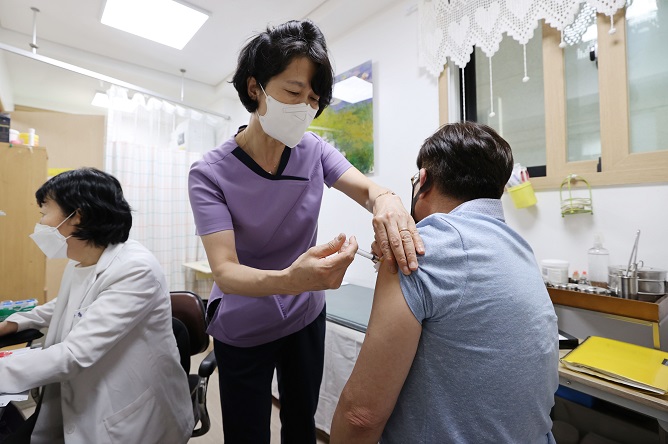 Samsung Display workers will be administered Moderna’s COVID-19 vaccine at its in-house medical clinics from July 27 in cooperation with the Korea Disease Control and Prevention Agency (KDCA).

Employees aged between 18 and 59 working at the company’s facilities in Yongin, south of Seoul, as well as Asan and Cheonan, both in South Chungcheong Province, along with workers deployed from its subcontractors, are eligible for vaccinations.

Samsung Display will first inoculate its workers from July 27 to Aug. 18 and will also give vaccine jabs between Aug. 25 and Sept. 17.

Samsung Display is the first major company in South Korea to confirm that it will have in-house vaccination programs. Other firms, like Samsung Electronics Co., LG Display Co. and SK hynix Inc., said they are also considering running such programs.

Health authorities earlier said they will allow companies with manufacturing plants to inoculate their workers after setting up in-house vaccination centers around August.

Local companies have been beefing up antivirus measures at their production sites since a virus case could halt their operations.