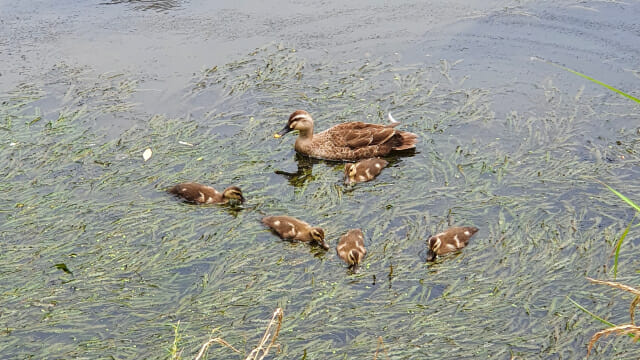 This photo provided by Samsung Electro-Mechanics Co. shows a family of Mandarin Ducks swimming in a stream nearby the company’s Suwon plant.

SEOUL, June 28 (Korea Bizwire) — Samsung Electro-Mechanics Co. is applying advanced treatment methods to the water it uses throughout its entire production process as part of efforts to protect the environment, the company said.

The electronics parts maker purifies the water used at its Suwon plant in three stages. It manages the contaminant density of the wastewater it discharges to the nearby Woncheonri stream more strictly than the level required under the law.

The containment density of the wastewater effluent is monitored on a real-time basis and the information is shared with the Ministry of Environment.

The amount of water the company discharges to the stream is about 1 million tons per year.

Thanks to such efforts, species like carp and cornetfish are thriving in the stream, and the number of waterfowl is increasing, making the stream beloved as an ecological park.