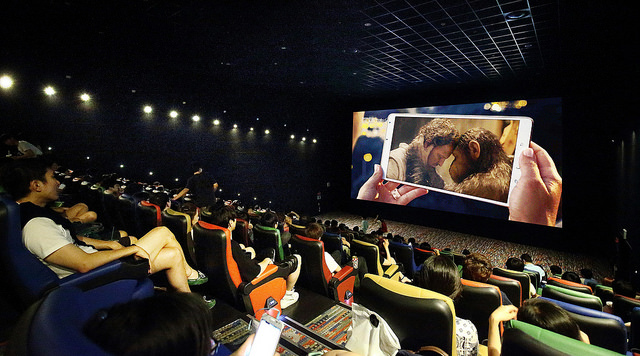 The “Ad Collage Marketing,” employed by Samsung for its new tablet PC, has assembled trailers for the latest movie releases and the commercial for the product. (image: Samsung Electronics)

SEOUL, July 14 (Korea Bizwire) — Upon the launch of its premium tablet PC “Galaxy Tap S,” Samsung Electronics will initiate, from July 11 to August 10, an “Ad Collage Marketing” for its new product.

Collage is a term used for a technique of art production, where the artwork is made from an assemblage of different forms, thus creating a new whole. The “Ad Collage Marketing,” employed by Samsung for its new tablet PC, has assembled trailers for the latest movie releases and the commercial for the product.

The “Galaxy Tap S” advertisement, which spontaneously promotes both the product and latest movies such as Dawn of the Planet of the Apes, How to Train Your Dragon 2, and Hercules, by inserting scenes from the movies, gives the viewer a level of immersion akin to watching a cinema.

The patch-working of its new tablet PC into the trailer films of the newly released blockbusters seems to be an effective way in both promoting a new product and maximizing viewing experience with its high-definition Super AMOLED display.

In addition, Samsung Electronics will also establish marketing schemes using various other contents, such as setting up a “Real S AMOLED Zone” in several of Seoul’s popular movie theaters and showing the commercial film of the tablet PC and a short video clip showing the quality of AMOLED displays by film critic Lee Dong-jin.