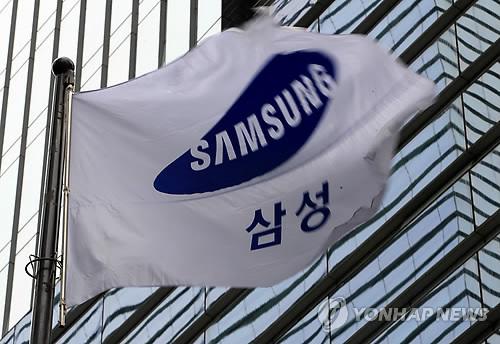 Operating profit reached 6.9 trillion won (US$6.13 billion) in the April-June period, down 4.03 percent from the 7.19 trillion won posted a year earlier, Samsung said in a regulatory filing.

The estimate, however, marks a 15.38 percent rise from the operating profit of 5.98 trillion won posted during the January-March period of 2015.

The figure was out of line with the median forecast of 7.1 trillion won by 18 local brokerage houses polled by Yonhap Infomax, the financial news arm of Yonhap News Agency.

Samsung didn’t offer a net profit estimate for the second quarter. Its finalized earnings will be announced later this month.

Analysts said the dull earnings mainly came as Samsung failed to meet the soaring demand for the Galaxy S6 Edge.

“Despite the market’s initial response toward the Galaxy S6 not being bad, a bottleneck in the supply of the Edge-type product can be recognized as one of the reasons for the weak earnings,” said Lee Ka-keun, an analyst at KB Securities.

Officially launched in April, the Galaxy S6 Edge was initially considered as only an upbeat sister of the flagship Galaxy S6 by boasting the industry’s first screen that is curved on both sides. It was a change from the Galaxy Note Edge, which has a curved screen on only one side.

While the Galaxy S6 Edge became an unexpected hope for Samsung, analysts added the rosy sales estimate for the Galaxy S6 lineup must still be revised down.

“Since the showcase of the Galaxy S6 at the Mobile World Congress, many market watchers gave a 50 to 60 million sales figure for this year. But such outlooks are now revised to 40 to 50 million units,” said Yoo Eui-hyung, an analyst at Dongbu Securities.

Samsung’s mainstay handset business has been cited as the top factor for the market behemoth’s recent earnings slump, especially as U.S. rival Apple Inc. weighed on the firm in the high-end segment, while other Chinese players ate into its mid- to low-end models.

Last week, Goldman Sachs also said the “best days” for the smartphone industry are over, adding Samsung’s shipments of its handsets will continue to lose ground down the road. Its sales estimate for 2015 came to 376 million units, down from the 401 million units posted a year earlier. The outlook for 2016 and 2017 came to 371 million and 363 million units, respectively.

Samsung took up 24 percent of the world’s smartphone market in the first quarter, down from 31 percent posted a year earlier, data compiled by Strategy Analytics showed earlier. Apple accounted for 18 percent over the cited period.

Analysts, however, said Samsung’s chip business is expected to have performed well on the back of rising returns from mobile and server dynamic random access memory (DRAM) products, especially on the back of mass production of 20-nanometer products.

With the chip business already outpacing the mobile segment in terms of operating profits in the first quarter with 2.93 trillion won to 2.74 trillion won, analysts added the trend will continue in the third quarter as well.

Samsung did not release figures for respective businesses in Tuesday’s earnings guidance report. The final report will be delivered later this month.

Shares of Samsung Electronics closed at 1,230,000 won Monday on the main bourse, plunging 3 percent from the previous session, while the KOSPI surrendered 2.4 percent. The guidance was released before the local stock market opened.