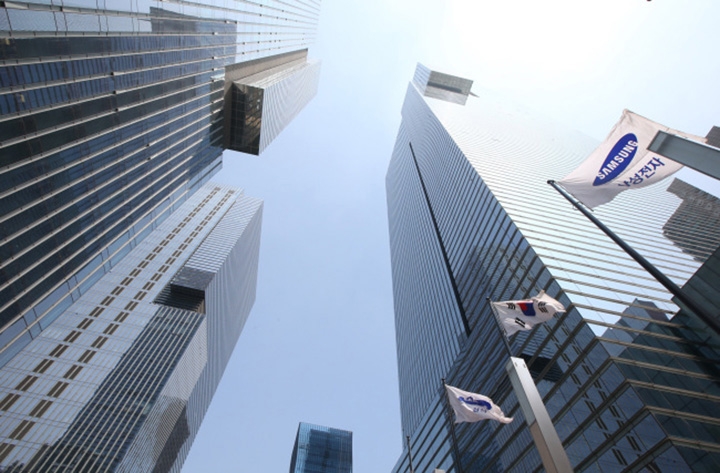 The tech giant said through a regulatory filing in November that it will seek a change in the management structure, which includes splitting itself into a holding company and an operating company to boost shareholder returns.

During a shareholders’ meeting held in March, however, Samsung said the company has been reviewing various aspects, including rules and taxation linked to the transition, and claimed it will “not be easy” to make a transition in the near future.

The potential move to adopt a new structure was widely seen as steps to pave way for Lee Jae-yong, the heir-apparent of Samsung Group, to take over the family-controlled conglomerate from his bedridden father Lee Kun-hee.

Through a press release, Samsung said its transition to a holding-company structure will only have limited impact on bolstering business competitiveness, and even adversely affect overall management, as such measures can disperse focus toward the company’s goals.

The company said the transition also calls for approval from shareholders of Samsung Electronics and its affiliates. Under local law, the South Korean tech giant may also be obligated to sell its stakes in its financial arms, which may “potentially cause volatility” for Samsung’s shares listed on the main bourse.

The tech giant said its business structure is currently well-balanced and led by smartphones, TV, and computer chips.

“This structure has enabled Samsung to minimize earnings volatility during periods of economic downturn and maintain stable growth through bold and pre-emptive investment in new technologies and facilities,” it said.

“With the company already maintaining strong competitiveness in its businesses, Samsung has held a view that converting to a holding company structure would not contribute to further enhancing the competitiveness of the company,” it added.

Samsung Electronics, meanwhile, kicked off what it is calling the governance committee which will oversee the company’s commitment to improve the overall management structure.

The move came after Samsung Electronics’ Vice Chairman Kwon Oh-hyun said last month that the company is taking steps to open a special panel by end-April, which will focus on expanding communications with shareholders.